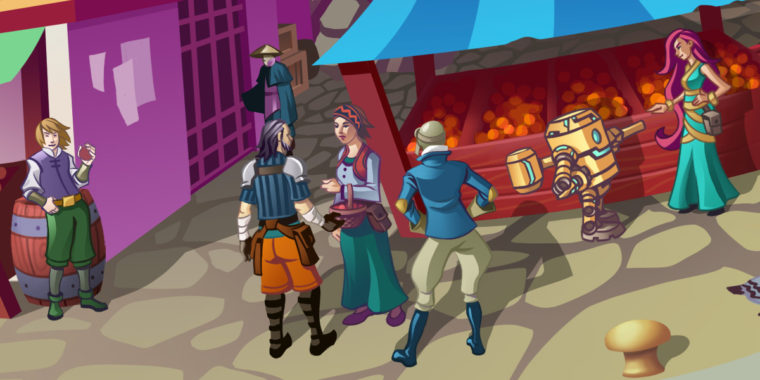 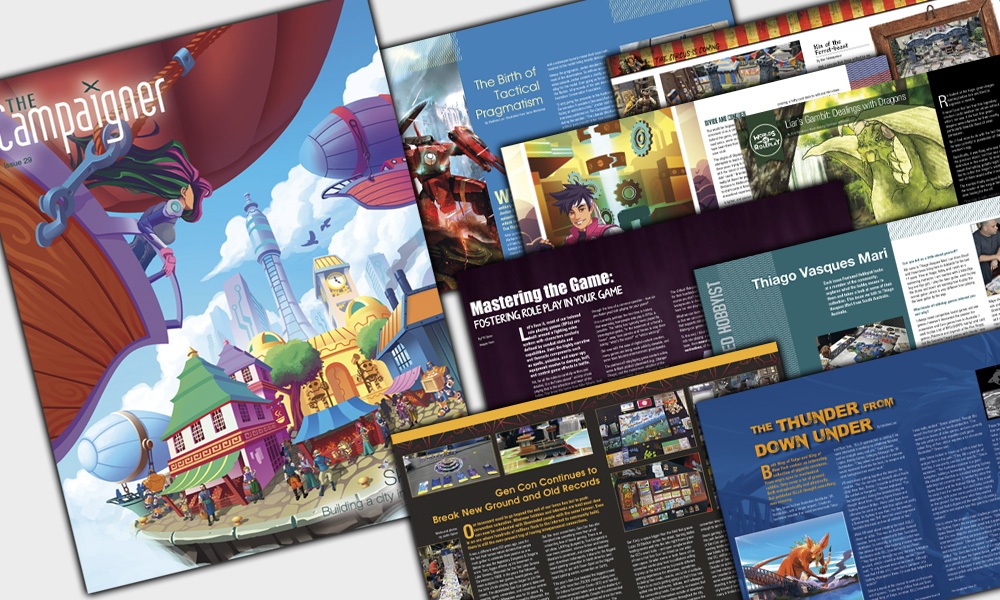 Welcome to the city of the clouds in Issue 29 of The Campaigner.

Discover the airborne city in our Skyward game feature. We sit at the feet of the wise Brendan Evans and listen to him explain where the game came from, as well as learn about the artwork side from master craftsman Steven Preston. New contributor Justin Spicer brings Gen Con to this issue with a detailed analysis of the event, along with some photos of what was on offer. Learn how to create a terrifying, city destroying monster as Simon Boxer and VR Distribution take us through the process of developing the new Australian themed King of Tokyo creature. Say goodbye to Mordheim as the Radheim team give us the rundown on how their campaign turned out in the last portion of The Circus Is Coming. Can tabletop gamers do good? Comedian Jordan Shanks gives some insight into the Tau Riptide charity auction he ran. All this plus the latest instalment of Featured Hobbyist, a new Worlds of Roleplay adventure, continued in depth roleplay musings in Mastering the Game, and much more.

Get Issue 29 now as digital download, or in print while stocks last.