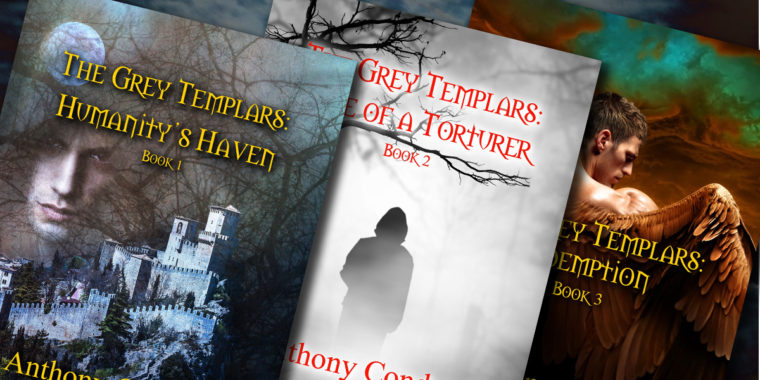 Set in a post apocalyptic world, humanity, now led by religious sects, is besieged by the forces of hell. Cults of Demon Worshippers, Vampire Coverns, Necromancers and many other evil forces whose only goal is submission or death. All that stands in their way are the warriors known as the Grey Templars, genetically modified warriors of God – a blending of faith and science to save humanity.

Available in eBook format, with a special series deal where Book 1, Humanity’s Haven, can be downloaded for free.