The Campaigner hopes to offer hobbyists content that both interests and educates them. To provide them with the right tools to sensibly and realistically approach any challenges that come their way. Content that covers the considerations of everyday enthusiasts and allows them to better engage in their hobby. Quite importantly, The Campaigner will present a considered and professional approach that will provide the community with a unified front. A voice that will speak not for the products, but for the people.

The Campaigner seeks to reward originality and creativity, as well as pass on beneficial knowledge to the entire community. This means working with the community itself, as well as the companies that service it, to provide unbiased and honest information.

These are the regular contributors to The Campaigner, who bring a wealth of knowledge and a love of the hobby. Without them The Campaigner would only be a shadow of what it is. 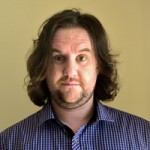 Matthew is the editor of The Campaigner. Since childhood he has played all sorts of tabletop games, the focus being wargames in his teens and young adulthood. Since working on The Campaigner he has expanded to playing modern board game and card game titles. Miniature converting and painting is a passion, but with less time to dedicate to whole armies, the focus has moved to working with dioramas and individual figures. As well as The Campaigner, he runs the tabletop media company Motive Force, coordinates the game design organisation ThinkTank, and is one of the team of Kanga judges. He lives in South Australia, Australia with two dogs, a cat, and a long-suffering but understanding girlfriend. 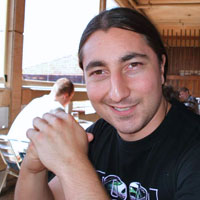 Foti primarily writes for the ongoing Worlds of Roleplay section, where he brings his considerable years of experience in roleplay games to bear. Using past games to set the scene, Foti explores how tabletop roleplay can influence and effect the players everyday life. Foti’s talents are also available for freelance writing. He is from South Australia, Australia.

The Radheim Team are a gaming group founded on exploring Mordheim using top-quality warbands, scenery and campaigns. Their narrative-based campaigns offer insight into how to mould a system to suit a variety of ideas. Snippets of their work can be found on their Tumblr account. The group is based in South Australia, Australia. 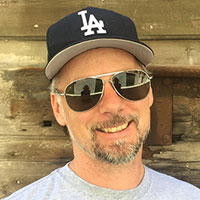 PK Byron is a lover of tabletop RPGs, board games, and most things pop culture! Deep down he loves game mechanics and how they abstract fictional worlds and characters. DM, GM, player, writer, designer and critic, you can find him on twitter at @pkbyron 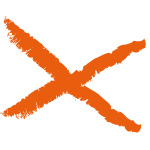 Christian has been a gamer for about 20 years now. He spent a short time at TAFE and gained an Advanced Diploma of Advertising and Graphic Design. His lecturers encouraged him to continue his study of illustration, and so he continued on to university after finishing at TAFE. There he studied a Bachelor of Visual Communication in the illustration stream, which he completed. Currently he is freelancing, as well as working on his illustrative craft, focusing on the style often featured in The Campaigner as well as a more cartoony style. He lives in Victoria, Australia and is currently working on a game called Dungeon Loots. 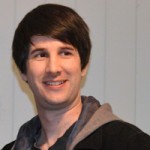 Craig is a concept artist, illustrator and animator who has done work for game and film. He specialises in fantasy and sci-fi, and is skilled at adapting real-world sensibilities into fantastical characters and locations. A life long gamer, he cut his teeth playing the tabletop wargame Warhammer in his pre-teens until early adulthood. His game playing focus turned to the digital medium thereafter, though he still takes to the tabletop on occasion. He lives in New South Wales, Australia and is available for commission and freelance illustration work.

Both the magazine and website have a varied collection of regular features, to suit all kinds of tabletop enthusiasts.

Each issue of The Campaigner magazine contains a game feature. This is where we choose a published game and explore its history and development by talking to those involved in its creation.

An exploration of how the roleplay narrative players engage in, and the real world actions that create them, affect those involved.

The Radheim team brings skirmish battles to the pirate tropical island of Sartosa. How does the group alter Mordheim to suit such a particular setting? Will the familiar Mordheim gameplay transfer to such different terrain? We find out in the series R the C.

Whether new or established in roleplay, there is always something to learn. Mastering the Game brings the tips, tricks and thoughts of veteran roleplayers to the readers.

Without people there could be no tabletop. In Featured Person (previously Featured Hobbyist) we talk to someone from the community and find out how tabletop is a part of their life.

Game stores can provide an important point of contact for tabletop players both new and old. In FLGS Worldwide we look at a retailer or store, and find out what makes the place special.

Groups, organisations and events are the lifeblood of the hobby. In Community Spotlight we take a look at what various groups are up too, and how they service their local players.

The Circus Is Coming

The Radheim team dives into the City of the Damned in this narrative campaign pitting pro-circus players against anti-circus players. Which faction comes out on top? Find out in this five part series.

Want to introduce your kids to tabletop but don’t know where to start. Paul O’Grady and guests explore the how’s and why’s of bringing tabletop to your children.