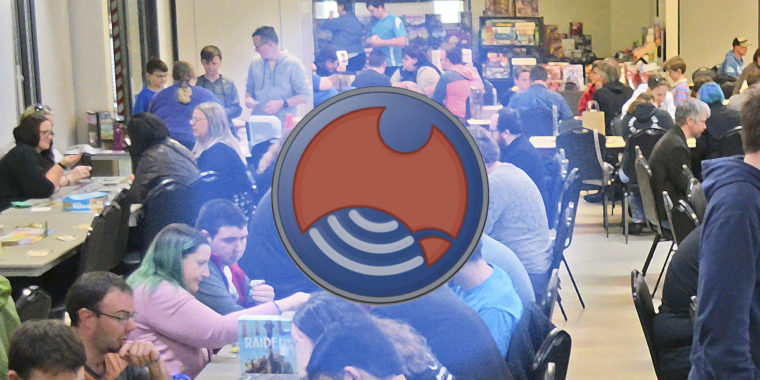 This weekend South Australia’s favourite tabletop convention, ConCentric, is on again. It has steadily grown year after year, and proven to be a popular fixture of the local community. With its tenth year imminent, and with the promise of some exciting developments to come soon, we decided to do a quick look back at ConCentric in the pages of The Campaigner.

The first time it appeared was in Issue 10. I had never been to ConCentric before, nor met Ben Nelson who organised and ran the event. Of course I took the latest issue of the magazine with me to show him, which just so happened to be the Hero Quest special. One of Ben’s favourite games. I assume this is how I got onto his radar.

ConCentric returned a year later in Issue 14. This time we ran a primarily photo based feature, though I did wax lyrical about how enamoured I was with the event. At the event itself I met game designer Karl Lange for the first time. He would go on to become a main figure in the TGDA, as well as design a number of cool games. When we met he was dressed as a pirate.

The next issue ConCentric appears in is Issue 18, where I make a far more in depth analysis of the event. Game designers Wade Dyer and Sye Robertson both attended this year. I had met both previously, but this was the first chance I’d really had to sit down with either and just play a game. Wade, my friend Darren, and I played Scythe where I did the most pathetic job imaginable of building my engine.

ConCentric coverage continued in Issue 22, this time with a new element to it. This was the year where I started to help Ben organise and run the event, by taking on the responsibility of finding sponsors. I had only been attending the event for a handful of years, and Ben and I had known each other for less time than that. So I was honoured that he trusted me with helping to bring his creation to life.

Believe it or not, that is where coverage of ConCentric in issues of The Campaigner ends. The convention and The Campaigner has continued to have a relationship, we gave away a ticket for this year’s event. And I continue to assist in the role of sponsorship. But we had explored each aspect of the event and covered it as it grew. The story was played out. At least for now.

But it looks like some new developments are on the horizon. I can’t wait to see what the attendees of ConCentric think, and how this affects the tight knit local community.