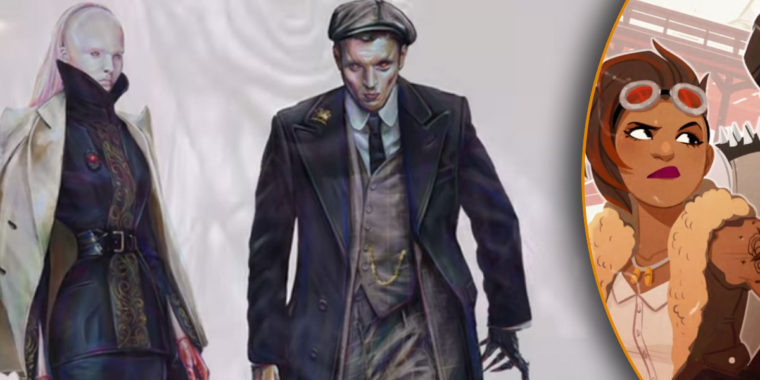 The night looks set to return. Renegade Game Studios unveils that they will be taking on developing new World of Darkness content.

Allen Chang, formerly of Rule & Make, announced his new role with Launch Tabletop. What is Launch Tabletop? We don’t know either. But we are excited to find out!

Eager for the imminent new edition of Blood Bowl? Lead rules writer Jay gave a little insight into what is to come.

Ace Adventure and the Flying Royal Flush, the Tabletop RPG!

Whoops! An experimental test pilot accidently went back in time and blew up London during the Great War. After that, continuing to change history doesn’t seem all that bad. We might even get a 2020 do-over.

Ace Adventure and the Flying Royal Flush is a roleplay game designed around Fate Dice and Points. It has a goal of AUD$5,158 and has so far raised over AUD$5,870 with 19 days to go. The campaign is being run by Brian A Liberge and is their first.