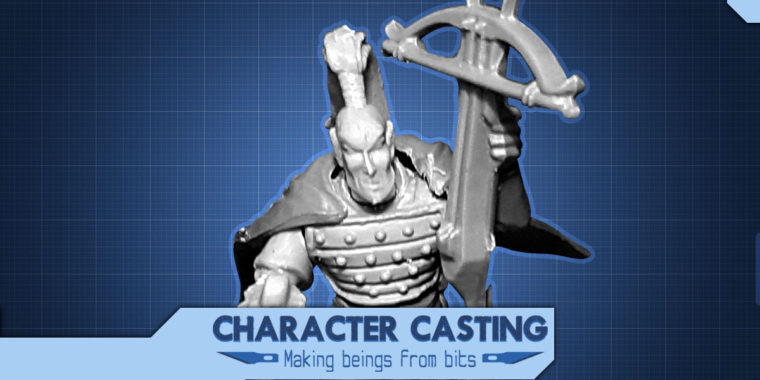 Fantasy all over. I’m probably putting this one right into one of my D&D campaigns. 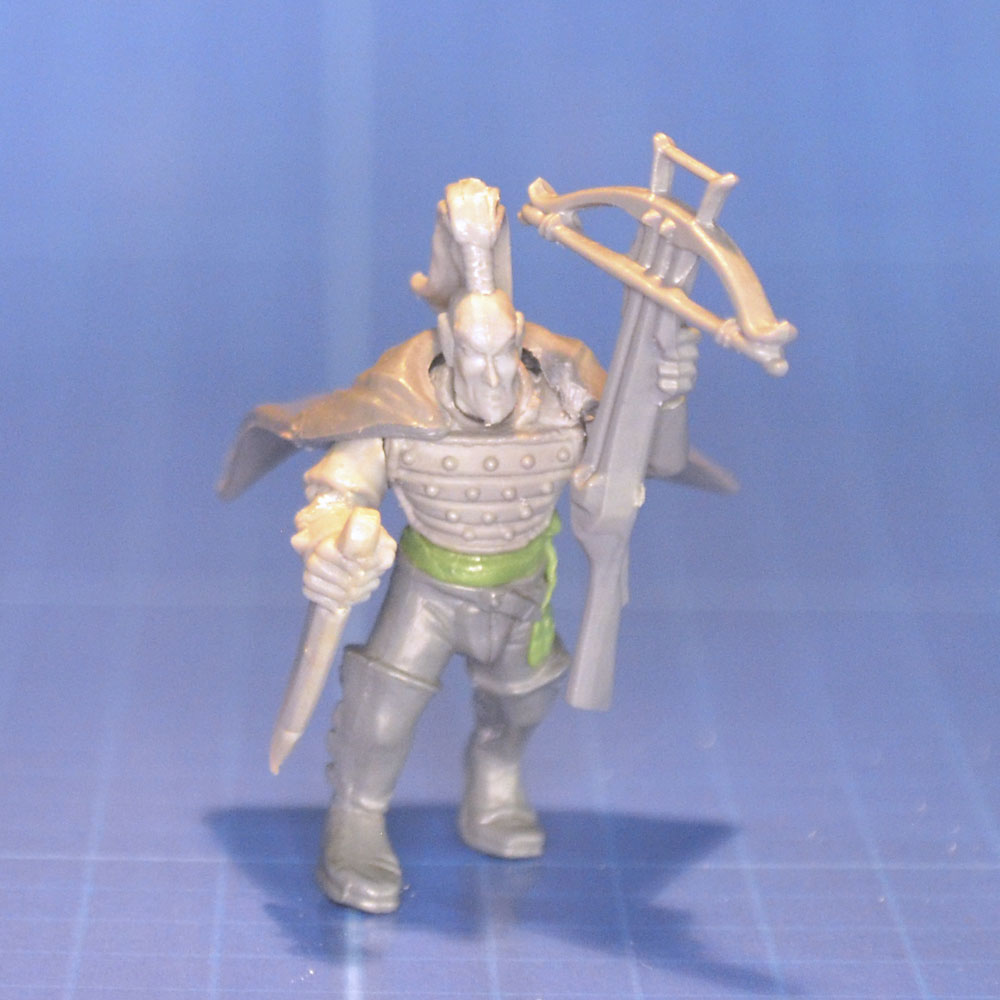 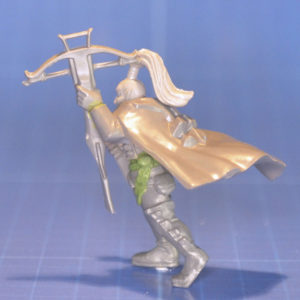 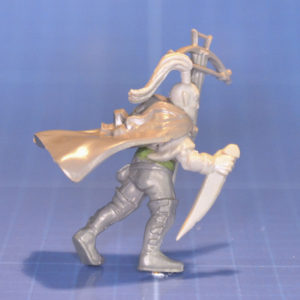 The Bolter can occasionally miss. But if he hits, it’s not a wound one easily comes back from. Some say Daesht Tath’liri misses the occasional shot for reputation’s sake, allowing would-be victims to escape and share their tale between trembling gulps of ale; others claim it is because of that monstrosity Daesht calls a crossbow, an original design that still has some kinks in it to iron out.

Daesht Tath’liri is actually quite kind, when push comes to shove (which it often does in the dens he tends to frequent.) He just prefers not to talk to people, and having a reputation of the kind he has managed to garner allows him to keep his interactions short – all this because he was born an elf, and he hates all the baggage associated with that fact. He doesn’t know magic, or even like it, for that matter; he doesn’t like music, or poetry, or stories; most of all, he doesn’t like fairies.

But he keeps bumping into the things. They used to be everywhere in his old home, which is part of the reason he left so young. Damned fairies, always reminding him of the things he wanted to leave behind. They don’t like dark, dank inns, at least. Gods forbid they ever find the courage to cross that threshold.

So onward Daesht, the Bolter, goes, moving with whatever groups ask the least questions, doing whatever work pays well and does some good – or at least, “does in” someone bad.

And no, he doesn’t miss on purpose – it’s this damned, rickety crossbow. Almost as annoying as the damned fairies.

Foti: The size of that crossbow is what got the creative juices flowing here. It’s a very useful trick when looking to write unique characters to take one interesting thing and follow that thread down the rabbit hole. And one interesting, slightly off kilter idea is all it takes to turn a cliche into something fresh again. Further note: Any PC can be turned into an NPC. It may be my DM’s mind taking over, but the most important factor for me is a character that inspires story – which this character most certainly does.

Matthew: For this one I started with the head, as I wanted to create something that wasn’t just another human. So this Dark Eldar head seemed like as good a start as any. It’s an unoriginal trope, but I found the Plague Monk dagger arm and decided to use it to create a rogue character look. The legs from the Empire Militia were a no brainer, while the Clanrat torso was a more out-there choice. But I figured I could cover the bulk of the rat fur sculpting with a cloak and arm combo from the Pistolier range. This is completed with a Handgunners crossbow.