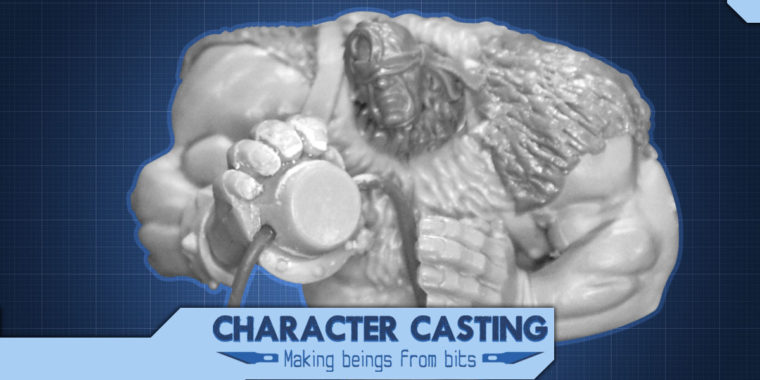 Could be both PC or NPC

Mutant flavoured RPG’s! Ninja Turtles, X-Men or anything with radioactive waste. I can imagine this character in a bit of a gritty sci-fi setting too, something likened to Necromunda or even Rifts. Not that I would discount a fantasy setting, but the other options feel more right to me. 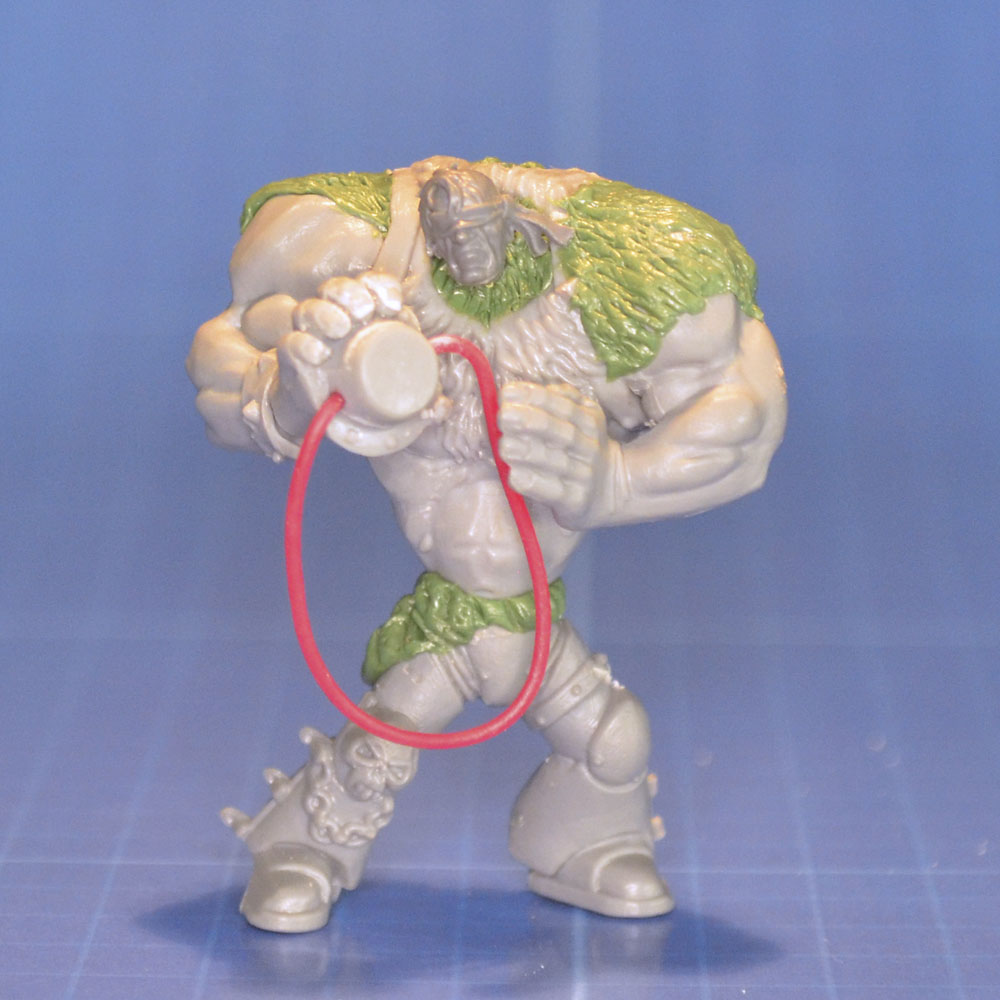 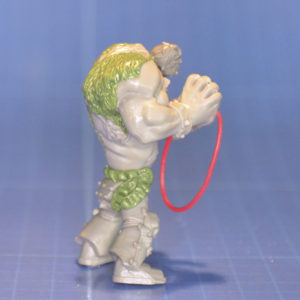 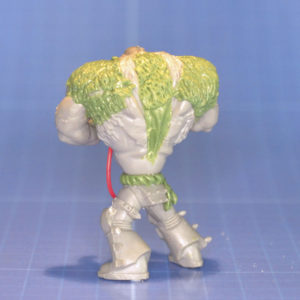 What to say about Geiger? He came up with his own last name – it’s as if he wanted to be sure people would know his traits. It’s as if he doesn’t realise that he is an EIGHT-FOOT MONSTROSITY that most people run from at first sight.

Well, he’s aware of his size and power, alright. But he isn’t aware just how terrifying that makes him to passersby. Actually, he thinks it makes him look cool. That’s Geiger’s thing. He’s the easy going mega-behemoth hero who solves whatever problems need solving – as long as he can use his fists to do so.

He comes from a land where the atmosphere is hostile and the chances of being born “without a hiccup” are slim to none. Everybody has at least one “hiccup” or another (hiccup, of course being the sweet term for grotesque mutation). Sometimes the mutations are easy to hide, or rather benign. Other times, they make Geiger.

The patchwork pelt of many dead beasts, and makeshift amulet (made from some scrap metal he bent into place with his fists alone) make up the rest of this laidback hero’s outfit – believe it or not, the cloth eye-wrap is a necessity, being that most people from Geiger’s land are sensitive to the overbearing sun. But he doesn’t complain about how it “adds to his style.” Sometimes people from the distant lands he travels to mistake him for being blind, and that only adds to his mystique.

One day Geiger will add a hat to his outfit. He just hasn’t found one yet that speaks to him. No, I mean he really wants a talking hat. In a land of outlandish mutations, anythings possible, right?

Foti: This character would definitely be a fun PC to play, and it has the look of a bigger-than-life superhero. There is also an X-Men meets Mad Max crossover idea that enters my mind when I look at the model. As an NPC, this is where I might lean – a sort of strange gang leader, so large and powerful that his lackeys just have to humour his strangeness. Could lead to some fun interactions with the PC’s.

Matthew: I’ve had this Rat Ogre torso sitting in my bits box for ages. Trying it with a few sets of legs, I thought that these from a Chaos Space Marine provided an interesting size juxtaposition that didn’t seem unreasonable. The resulting proportions gave me a fighting game character feel. So I dug around for some suitably thick arms, from the Ogre Bull box, opting for no weapons. This is offset with a standard sized man head from the Flagellant range. When assembled I decided to sculpt the Rat Ogres back hair and a portion of its chest hair into a pelt the character wears. I also turned the bear trap weapon into some kind of amulet, with a strap made from a piece of electrical wire. 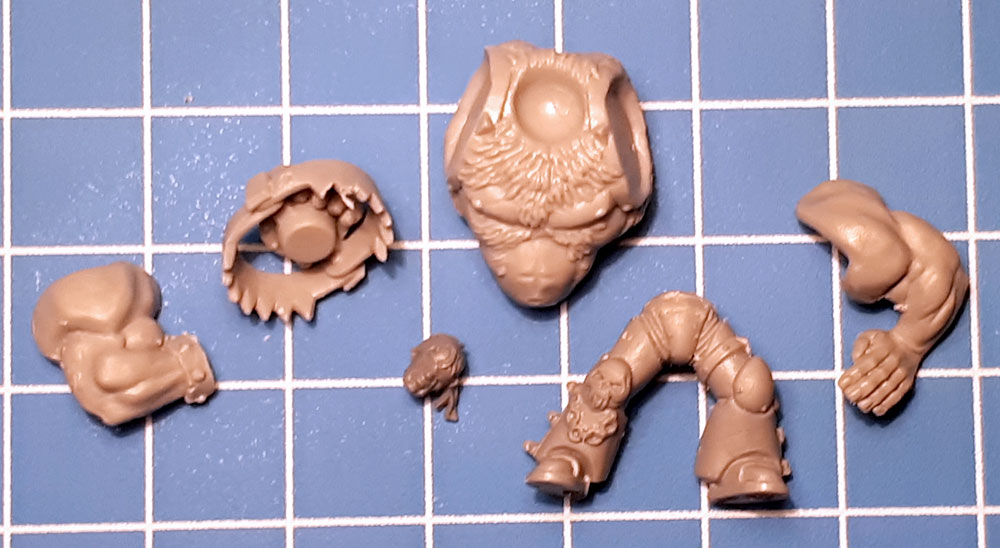