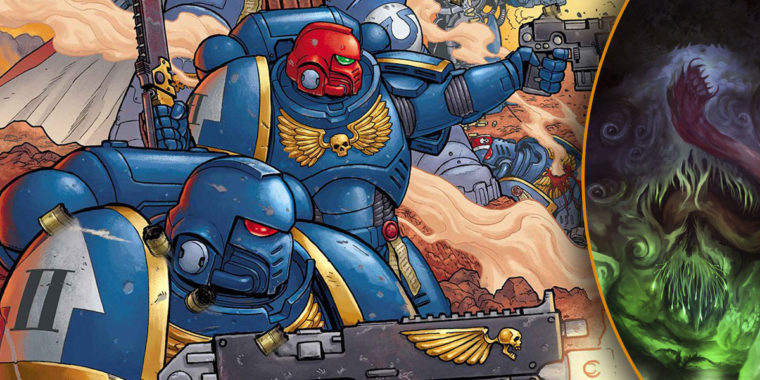 Games Workshops dark future is coming to the pages of comics… again! This time with help from medium veterans, Marvel Comics.

For those who have dipped their toe into game design and game design groups, the concern that “someone will steal my idea” often crops up. This week Jamey Stegmaier discussed just this subject.

Earlier this month some ex-Cards Against Humanity employees raised the toxic environment of the company. CAH has a response, and actions to go along with it.

As part of Gen Con Online the event releases a… colour in page? Break out the pencils and textas then post the resulting work to Instagram with the hashtag #gencononline

The great thing about the Cthulhu mythos is that you can apply it to any part of the world. Like, say, 20th century French Indochina. How does such a setting influence familiar Lovecraftian ideas? Within these pages you can find out.

Journal d’Indochine is a roleplay supplement for use with games such as Call of Cthulhu and Gumshoe. It has a goal of AUD$7,285 and has so far raised over AUD$30,600 with 22 days still to go. The campaign is being run by Sons of the Singularity and is their fourth Kickstarter.

Matthew previously talked to Jesse Covner from Sons of the Singularity about the supplement.