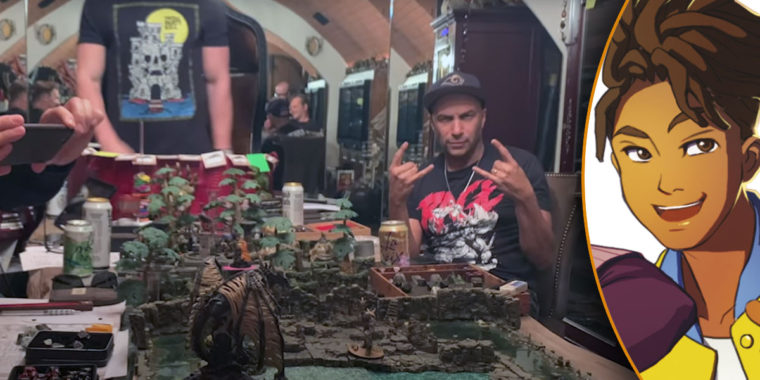 Remember the game store owner arrested for violating the stay-at-home order? Charges have been dropped.

Warhammer veterans will be familiar with Grom the Paunch. He and his nemesis, Eltharion, are on their way to Total War Warhammer.

A few weeks back TCGPlayer warehouse employees were attempting to unionise. The vote has been suspended after the company pledged some improvements.

Battle of the Boybands

What’s better than being in a boy band? Why, being the manager of a boy band! Can you bring success to your group with skilful and fast paced card drafting? Build the best band for the events you are attending, and rake in the fans and cash!

Battle of the Boybands is a card drafting game for 3-6 players. It has a goal of AUD$12,240 and has so far raised over AUD$12,000 with 25 days still left to go. The campaign is being run by Game And A Curry, and is their first.