You have spent hours on your character’s backstory. Sure, Madrick the Mad is a first-level fighter and they’ve only got a shortsword. But that shortsword was their mothers. She fought of goblin hordes defending you and your family. Goblin hordes that killed your father damn it!

However, after a few levels, the shortsword just isn’t cutting it against foes anymore. But you don’t want to trade it in for something. You want to upgrade what you have. Madrick LOVES that shortsword. The Complete Armorer’s Handbook is what you pass across the table to your Dungeon Master.

The Complete Armorer’s Handbook by heavyarms gives you a plethora of upgrade options for weapons and armour. Each with their own statistical bonuses and in-game advantages. It is well researched, thought out, and presented. A solid addition to any Dungeons & Dragons campaign. The supplement is broken down into two major chapters: Arms & Armor and Rune Magic.

Arms & Armor is all about upgrading your mundane equipment. The amour section expands on the existing selection of armour giving new options with a historical context, adding armour such as the cuirass and the hauberk. There is also a selection of shields available; buckler, heater shield, and tower shield giving players more options when getting equipped for battle. This is followed by fourteen possible upgrades! From spiking the armour to injure and discourage attackers, to decoration, to attaching a climbing harness, and even proofing the armour to negate certain amounts of damage. All of which help you build the armour you want without purchasing it a new. 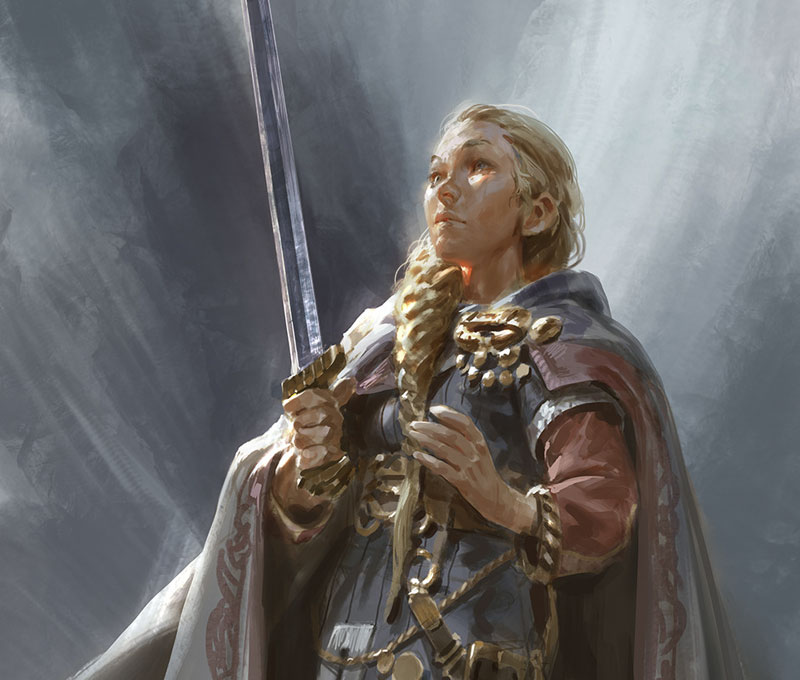 This is much the same for the weapons. While the list of weapons hasn’t been expanded, weapon features have been. These include adding the feature Siege to some weapons giving them a bonus when attacking objects, or a bandolier for daggers which allows the user to throw one and draw another in the same action. Where this section comes alive is the modifications available to your weapon. Design in a tier system where each level builds on the other allowing you to construct and improve your weaponry in a way that suits your character. This whole process is well thought out, planned, and explained with each modification having its prerequisites, costs, and properties. There is also a section on special ammunition, special materials, as well as wear and repair giving players and DMs alike a lot to sink their teeth into.

Rune Magic supplies rules for applying magic imbued runestones to arms and armour. However, it’s not just a list of runes and abilities that connect to them. In this book, you have rules for Runesmithing which include a new set of tools and even the outline for the Runesmith’s Guild. The Guild is described in detail, with an outline how to join, the ranks for bonuses your character will get to Runesmithing depending on what rank they are. There is also a new feat and a few Artificer Infusions for anyone running an artificer.

There are 43 different runes to apply to weapons and armour. Each one reads much like a spell and can be added to your equipment if the Runesmith has the right ability. This essentially opens up magic possibilities for non-magic characters in a fun, engaging, and if done well, challenging way. Instead of just throwing magic at them the character needs to work hard to obtain what they want. One rune that caught my eye was the Chaos rune, which gives the character the ability to roll on the Wild Magic table when they score a critical hit… That’s right. It could be absolute chaos!

I love this supplement. I love that each type of modification comes with a little lore and backstory to add to your game. I think it is well worth the cost and will improve everyone’s experience at the table. It enables players to make the equipment their character has personalised to them and gives a deeper connection to the craftspeople who create them.

Keep your eyes peeled for heavyarms next supplement The Alchemy Almanac come to the Dungeon Masters Guild in the next few months!