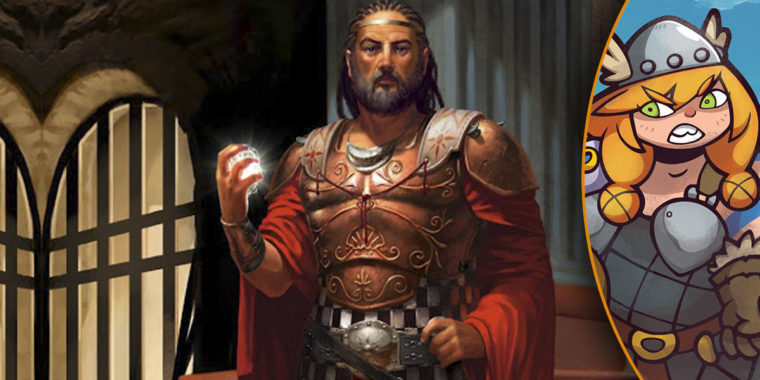 For some people Magic: The Gathering is life. But that doesn’t make it essential. No matter how much you argue otherwise.

We somehow missed this last week, but it is important enough that we’ll include it in this week. Origins Game Fair has joined the events cancelling or moving dates.

San Diego Comic-Con has also, also cancelled this year’s event. It plans to come back next year.

Wizards of the Coast want to help you stay at home with releases of free material for D&D. Check back every week for new stuff.

Mighty warriors taking to the battlefield. The clash of army. The cry of battle. Vikings, elves and more face off against each other for supremacy and glory. While the losers lament the shame they have brought to their people.

Valknut is a two player skirmish battle game. It has a goal of AUD$7,855 and has so far raised over AUD$3,200 with 11 days to go. The campaign is being run by Luis Brueh, and is his first.