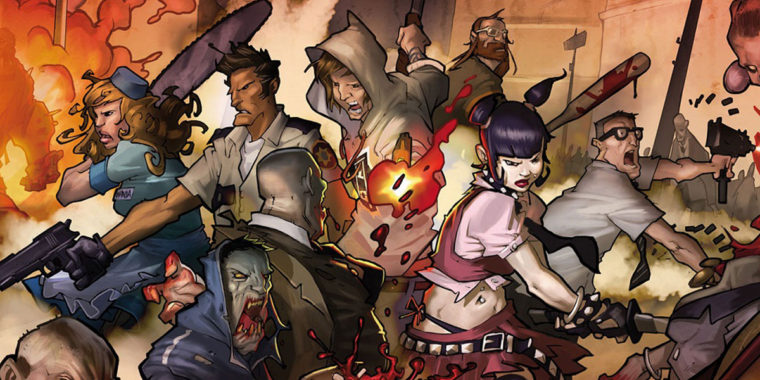 This article originally appeared in Issue 1 of The Campaigner. The issue is still available as digital download.

When the apocalypse comes what other option do you have but to grab your dice and begin laying into zombies?

Guillotine Games have developed the game, as well as produced artwork and miniatures. CoolMiniOrNot have taken on publishing duties, arranging manufacturing and sales.

How to build an army of the undead

Zombicide started with the executive manager of Guillotine Games, Percy Montblanc, who approached the development team with an idea for a game based around zombies. Nicolas Raoult, one of the designers of the games rules and tiles, explained the attraction. “We wished to create a full cooperative game, where every character’s survival relies on the team’s success. We just loved the idea of designing a game where friendship is the best weapon.”

The creative team behind Guillotine Games is a collection of friends with extensive experience in the game industry. This familiarity, along with a strong conceptual focus, meant that the basic of Zombicide quickly came together. “Amazingly enough, we designed the core set of rules in a single afternoon.” Explained Nicolas “Our skills match perfectly, we’re accustomed to working together and we knew where we wanted this game to go. Designing the tiles, refining the zombies’ abilities and play-testing the missions again and again took us the most time.” 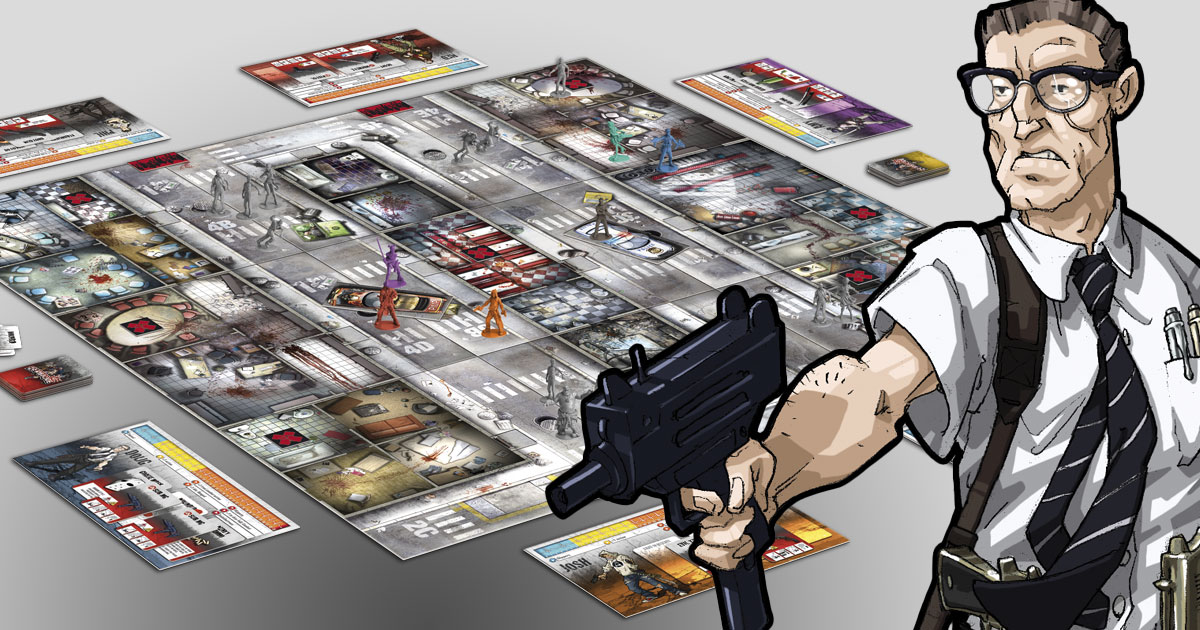 An obvious drawcard of Zombicide are the Survivors themselves. Each character is a distinct personality, drawn from real-world and popular culture sources. Rather than being faceless killing machines, their themes influence their core abilities and play style. Nicolas summed up the creative influence of the Survivors. “Our survivors had to be everyday people or popular archetypes turning into heroes with a cool attitude.”

What of the zombies themselves? In order to foster the spirit of teamwork the game is based around, the hordes of zombies are not player controlled. Instead they operate on a threat level system that is generated against the experience of the Survivors. Cards are drawn from a deck, on which are varying threat levels, and the corresponding zombies hordes. This allows players to quickly populate the board with decaying horrors. Nicolas Raoult described the system as “a simple yet challenging AI (based) around four kinds of zombies, sight and noise”.

Article continues in Issue 01. The issue is still available as digital download.