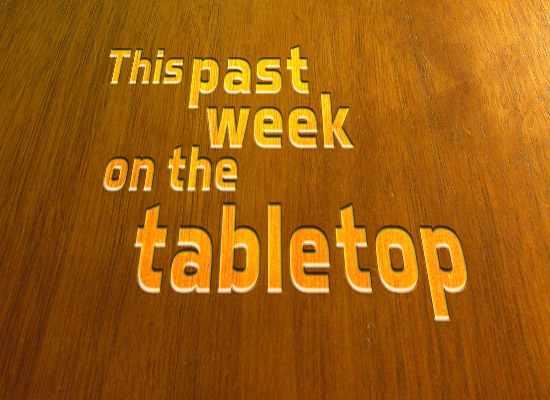 Games, and game designers, can come from anywhere. Even Huntsville. Which GeekOutHuntsville sounds a little surprised about.

A board game won the award for Best Social Game at the video game industry show Game Connection Paris. Take that, game medium of the future!

I don’t often post just miniatures, but for this I will make an exception. BigBossRedSkull posted a converted Chaos Space Marine onto his blog. There are a lot of bulky Games Workshop figures, most of which look unwieldy or impractical. However, this Chaos Cataphractii is a great example of taking this bulky base and constructing something that seems practical. As practical as a giant flesh-robot can be.

TGDA announce the date and venue of their Tabletop DevCon, to be held just before PAXAus next weekend.

Dare Games Oz launched Mecha Strike Arena, and its associated Patreon. What’s this, a Patreon for a tabletop skirmish game? Stay tuned for an interview with the games designer, Terry Masson, in a week or two.

Don’t forget! Those participating in the latest Creative Challenge, your submissions are due at Greenlight Comics today!

Some of the new Kickstarters from this week:

This is not an endorsement of any of these games, creators or Kickstarter campaigns.