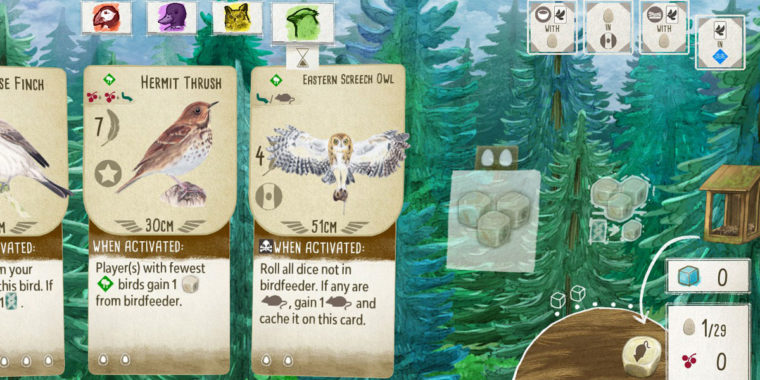 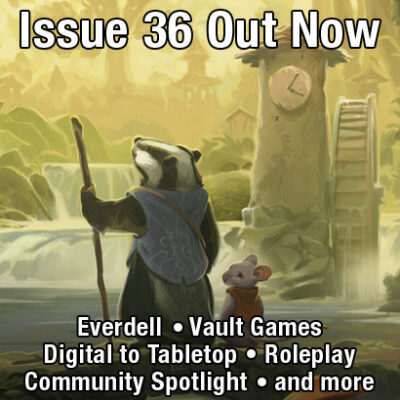 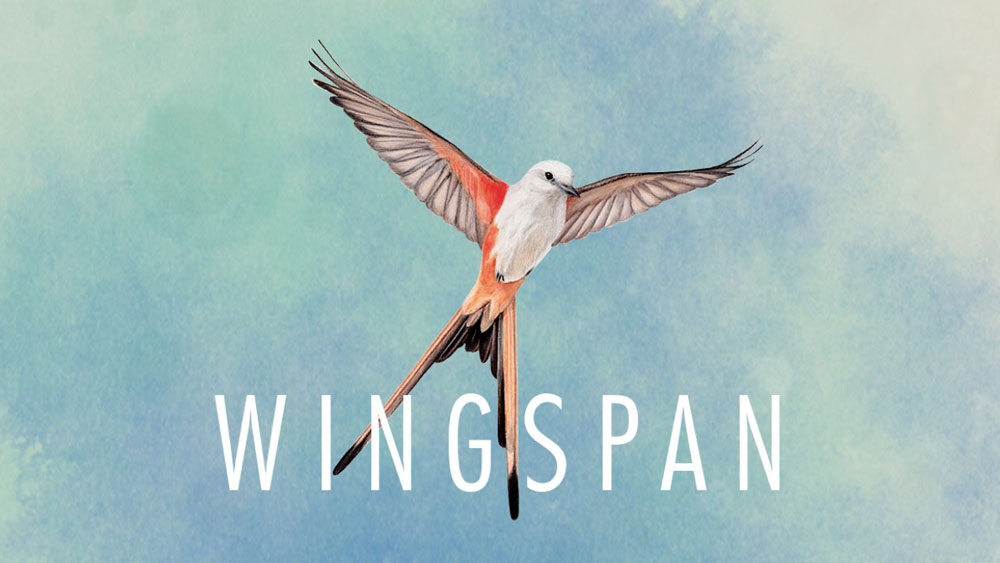 First we saw the birds outside, in vivid 3D. Then we saw them inside, held in our hands and laying on our tables. Yet again they find themselves inside, this time on our screens, as they flutter about the digital world.

Wingspan digital is just that, the popular engine building game translated to a digital space. For 1-5 players, all the classic Wingspan gameplay is there. Lay eggs, collect food and draw cards, all while placing birds in your habitat to really get that engine going.

So what’s the point of the digital version, you wonder?

If you are new to Wingspan and want to get up to speed with a group playing it, this is a great way of doing so. There is no difference between the tabletop and digital rules, which means you could get a handful of games under your belt and then confidently take up the tabletop version. 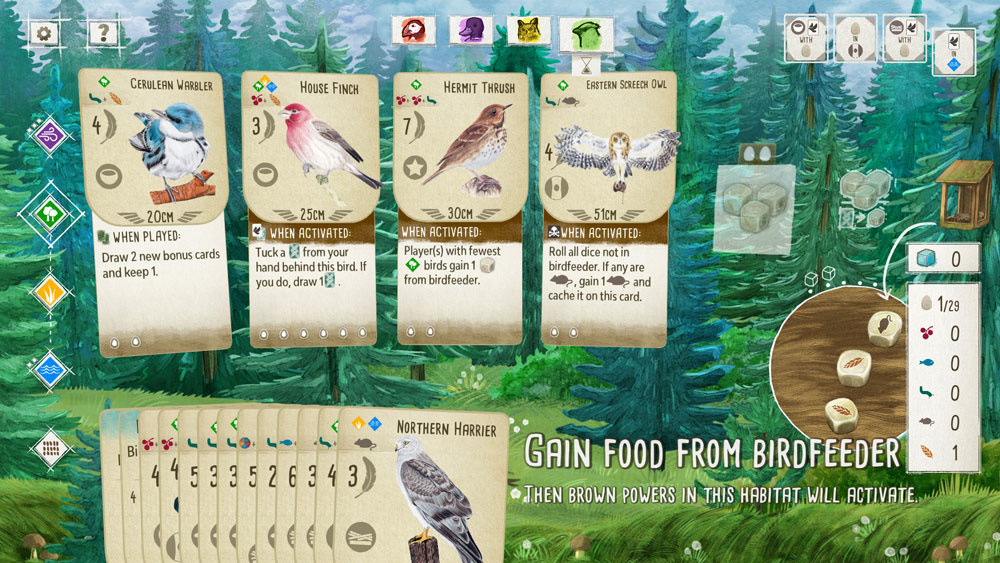 Where this digital version really stands out though is in the delivery of the game, and the expansion of what it can do. The nature reserve aspect of the game is even more apparent in the digital version, with players able to cycle to the various habitats to see what actions are available and what birds are in play.

A lot of the admin elements are helpfully automated. Goal Cards will be automatically tallied at the end, with a running score for them always displayed. While players are alerted when Bird Cards grant them bonuses, even when it isn’t their turn. So there is no accidently missing those helpful resources or cards provided by bird powers.

Then there are the features that digital can only pull off. There is a hot seat mode for one or more players on the same system, with bots able to be added to make up extra players. Online multiplayer consists of 5 minute and 24 hour turn options. This means that players have either 5 minutes or 24 hours to perform their turn. In addition is the Wingspan automata, as well as challenges players can attempt. 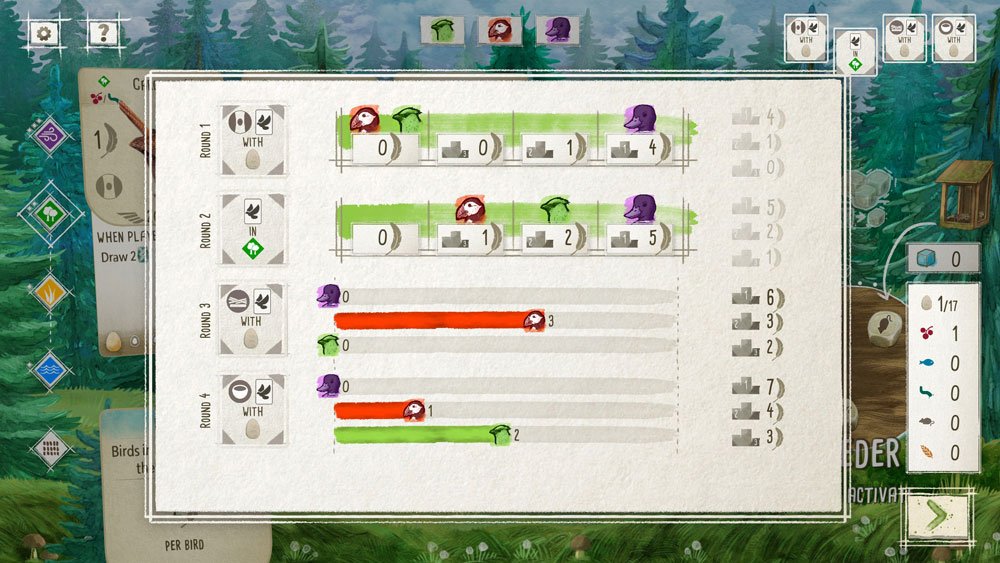 Because this has  been so well put together, the problems immediately stand out. Most of the navigation around the main game elements is fine, but the player’s hand of cards can be frustrating to flick through. Mousing over a card might instead bring up the one next to it, with the issue progressively getting worse the more cards the player is holding.

Also the selection prompts can be a little clunky. The game is built around actions having a result, but additional results being able to be activated. And sometimes it can be confusing trying to figure out what or where to click to achieve the action you are trying too.

Then there are the elements that just don’t translate into digital. I’m primarily thinking of the dice in the bird feeder. Rolling them is such a tactile experience the player controls, so the results rolled always feel fair. While in this version you just click a button and it yet again doesn’t give you any fish, darn it. 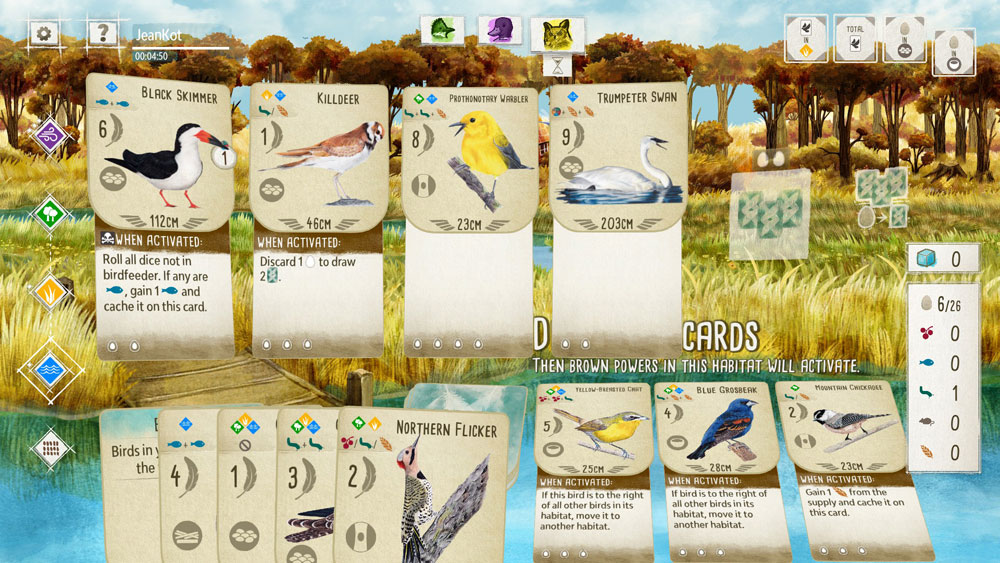 It also saddens me that the eggs are a realistic egg… colour. And not the fantastic pastels I know them as.

All in all Wingspan is a faithful translation of the tabletop game to a digital space. It retains the relaxing and enjoyable feel, plus it’s great to see the birds so animated. The digital space offers a lot of quality of life additions, cutting down the admin aspects, while also allowing players to face off against friends or strangers alike.

Issues do arise, but they are so infrequent and effect such a small portion of the game that they don’t diminish the experience any. If anything bringing Wingspan wholesale like this to a digital platform just goes to show how well designed and robust the game is, and continues to be.