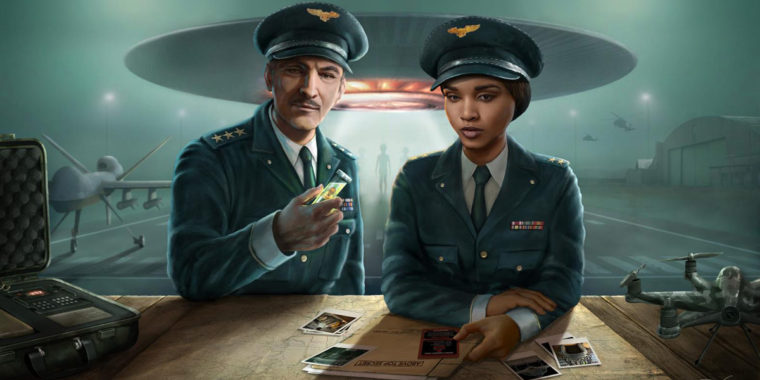 Above Top Secret is a turn-based strategic card game for two players which is currently looking for backing on Kickstarter. In it players take command of a secret military facility, manufacturing high-tech wargear and increasing their access to top secret plans. All in an effort to overcome and destroy the rival secret military facility run by the opposing player.

I had a chat to the games creator, James Churchill (JC), about the inspiration for the game, its past crowdfunding run, and where the development of the title is at.

ML: What was your role in the creation of Above Top Secret?

JC: The core game is 100% my own creation, including the gameplay, but the rule specifics (such as unit designations/effects etc) which were worked out by Kenny McLachlan who is ex British Navy and an avid gamer. I was responsible for all the artwork and graphics, and created all the prototypes that went to reviewers.

ML: Where did the idea for Above Top Secret come from? Why did you decide to create a strategic card game?

JC: My father served in WW2, and I wanted to incorporate that background with my interest in UFO’s and secret government technology to create a game with a sci-fi component as well as a basis in reality. Unfortunately he passed away before he got to see the project, so it means a great deal to me personally to see it to fruition.

ML: Why did you choose Kenny McLachlan to create the rules?

JC: Kenny and his wife Kristy hammered out all of the rule specifics. Both are Ex British Navy and used to run a game shop in the UK, so they were the perfect candidates. There were months of work that went into working out which units could attack what, plus all the ATK and DEF values, making sure there was nothing too over or under powered. The basic gameplay was my idea, including the Base Cards, Security Clearance function and the Extra-terrestrial Encounter cards which adds the variable player powers and some additional bonus possibilities.

ML: You previously ran a campaign for Above Top Secret on Kickstarter, which you ultimately cancelled. What have you changed or improved this time around, either with the game or the campaign itself?

JC: It’s exactly the same game, nothing has changed. We launched it originally at a time when there were too many other bigger name games on Kickstarter and funding progress was slow. We had set our goal too high for a niche market 2 player game, so we opted to cancel and revise the campaign structure, and it’s doing much better this time around. 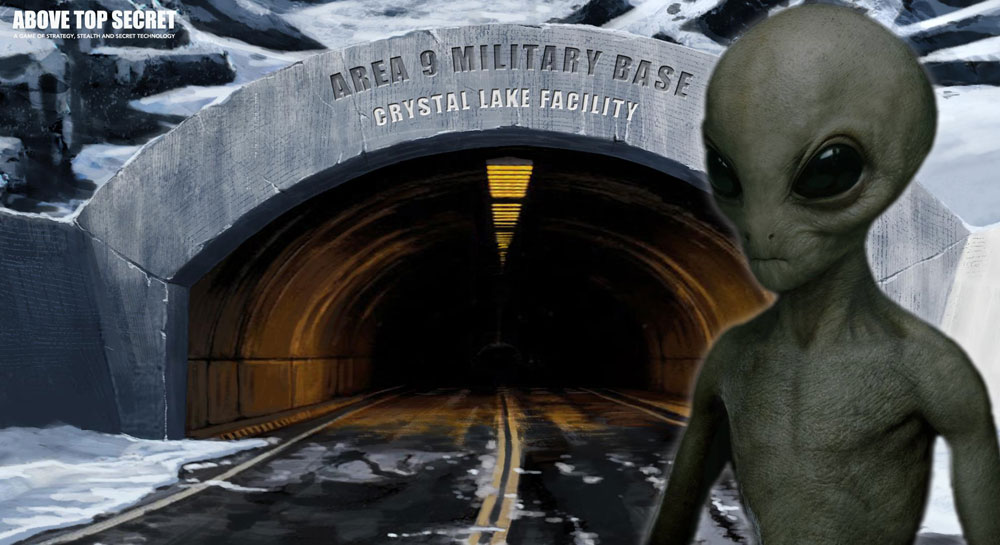 ML: Is the game completely finished and ready for manufacture, or are some game tweaks or additional illustrations needed?

JC: Yes, all of the artwork is done, but we have been considering a larger box with different cover art. It took around 18 months total work to design and illustrate all the cards due to their semi-realism, there’s a lot of detail involved and we hope that shows up in the end product. We’re dealing with LongPack for manufacture.

ML: Is this the first tabletop game you have created, or have you had some previous experience in this area?

JC: The first tabletop game I created was called Wisdom back in 1991, followed by UFOlogy in 1994, both of which I have prototypes for, however at the time, PC games were taking over, so those projects were put away. I’ve also Illustrated around 16 games for clients, including Manhattan Project 2 and Martin Wallace’s AuZtralia.

ML: Do you have plans to create or publish any other games in the future?

JC: We have several games in the works which are currently being illustrated and prepared for Kickstarter including Professor Ravenwood’s Time Machine, Highway 375, Monster Park (miniatures game) and The Keymaster.

Above Top Secret is on Kickstarter now, with seven days to go. It has reached its funding goal and is now unlocking stretch goals.