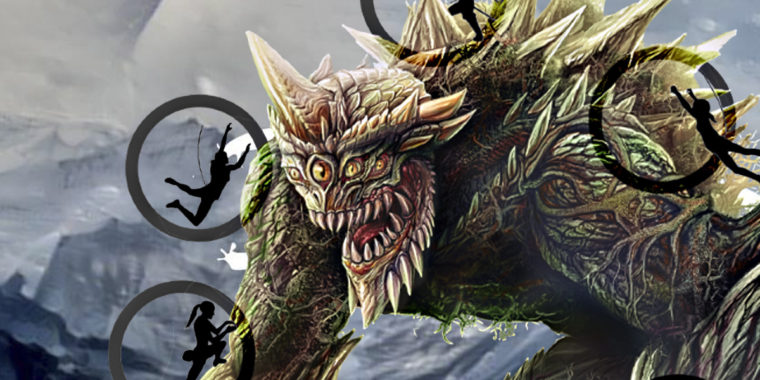 This is what Flashback offers in a nutshell, making it a compelling RPG system to experiment with. Whether it will be another system to join your already vast collection of tabletop roleplay games, or your first RPG, there are a lot of interesting aspects to this Kickstarter project. 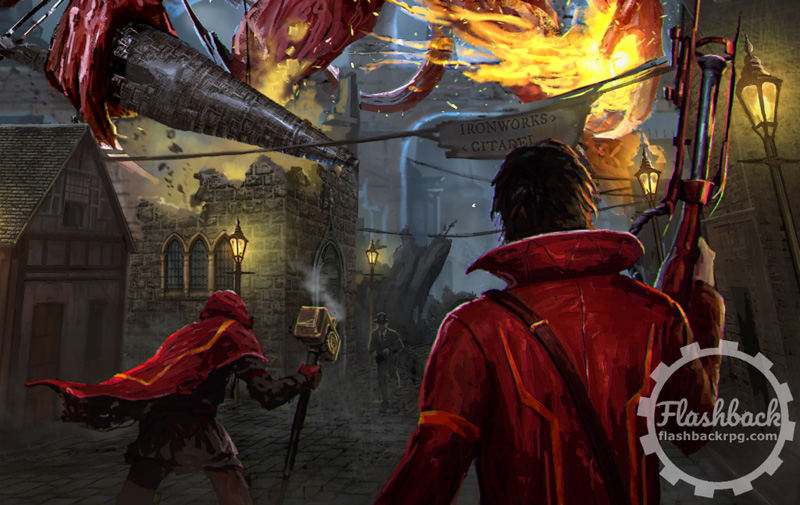 A Unique and Grim World

Let’s first dig into the setting aspect of Flashback – the elusive (though perhaps resurgent) genre of Steampunk. Falling stars that promise both catastrophe and opportunity; a gruelling and callous society, where the ruling class have a tight grip on the reigns of power; steam powered gadgets and the tinkerers who make them; and just to make surviving that much harder, gargantuan beasties called Titans that run amok.

There are a lot of elements here – and some more unlisted – but the creators make it work in a gritty, interesting way. Somewhere between Neon Genesis and Mad Max, the world of Flashback will fill your mind with that ‘rusty’ steampunk colour, vibrant and ripe for good storytelling. My mind started racing at the opportunities the moment I dug in.

Simply put, you can tell the creators have put their imaginative blood into this world. 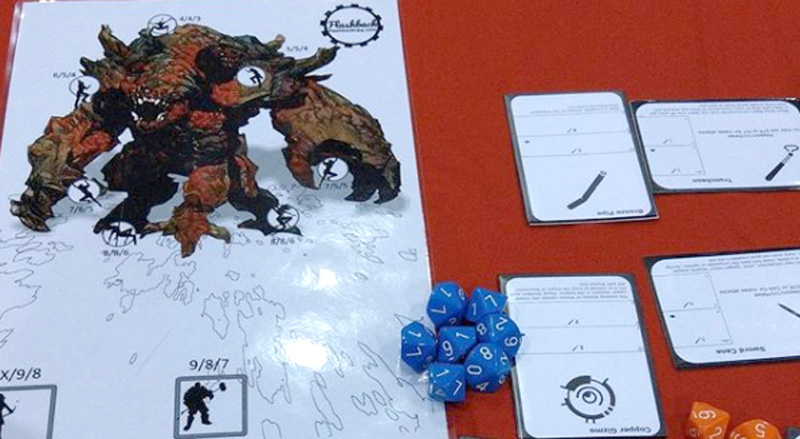 A System for Storytellers

As far as the system itself goes, Flashback offers a certain amount of creative flexibility while also keeping it relatively simple – you won’t be needing to read chapters upon chapters of complex rules to get started. And it is quite unique in its own right, which might scratch the itch of veteran gamers who want a bit of novelty in their RPGs.

One important thing to note about the system is that it’s quite neutral, despite the rich setting provided by the creators. It does not push you towards any particular genre, but rather encourages a certain style of play. The focus is on storytelling, between the Game Master (Director in this case) and players alike.

The interesting thing about the system is its integration of character personality traits with game mechanics. Basically, it’s not just what you want to do, but how you want to go about it. Do you want to charm someone with your honest and forthright nature, or lay the practised and calculated moves on them?

This “many ways to cook an egg” approach encourages players to flesh out their character, even as they tackle the various challenges that come their way. It gets the creative juices flowing, and promotes immersive storytelling between all players at the table.

Which brings me to the bread and butter of the Flashback RPG system – the flashback mechanic itself.

Simply put, you progress in this game by sharing a flashback of your character’s story, by revealing something significant that justifies why he has grown in ability. This can be done at any point in a session (as long as you have the XP available to do it).

And of course, the best time to do such an epic reveal would be just before attempting something equally amazing.

This mechanic has a lot of potential and is enticingly unique to Flashback. It encourages big moments, increases drama, and makes storytelling fundamental to the mechanics of the game. 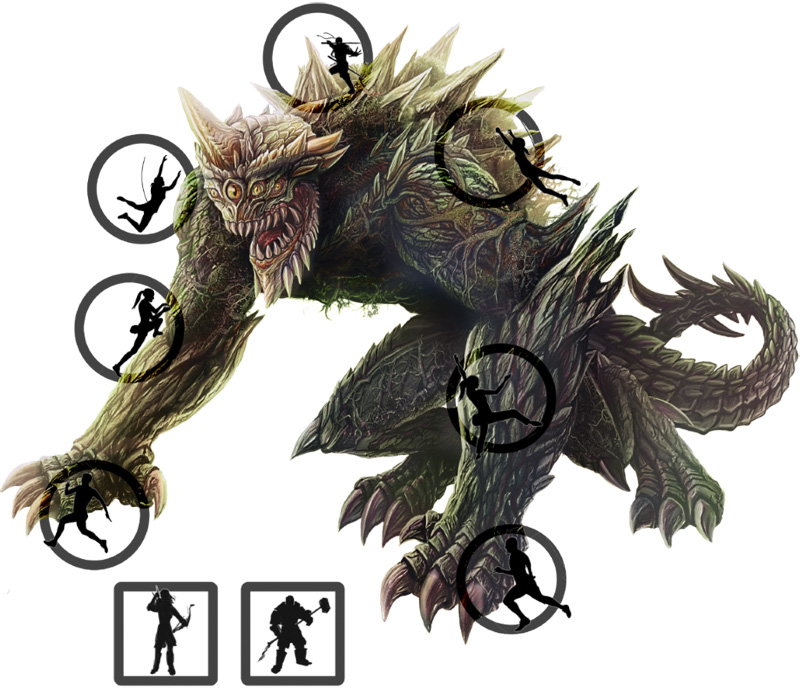 With such a variety of RPG systems out there, it is useful to boil down each system to its most distinctive qualities.

If you like Steampunk, the world-building Flashback offers alone will make it worth your while – Steampunk settings are not showcased as prominently as fantasy and sci-fi in general, which makes this setting a treat to explore.

If you value the storytelling aspects of tabletop RPGs highly, the mechanic that gives Flashback its name will be well worth your attention – it is such a unique and interesting idea, with the potential to make this RPG system something special.