The survey is now closed. All surveys will be collated, and prize recipients drawn, very soon. Keep an eye on your email to see if you have won a selection of prizes.

All the prizes have been generously provided by the many supporters of The Campaigner. The list below covers those prizes currently supplied, but there is no telling who else will come onboard and provide something before the end. You can participate in the survey now, which closes on 14 November 2015.

Once you complete the survey you will go into the draw to win a random selection of the available prizes. The prize draw is open to survey participants worldwide. You can only enter once per person. The competition and survey close 14 November 2015. Winners will be notified by email. Prizes will be redrawn if the winner fails to respond with a valid postal address within 14 days of first being contacted. 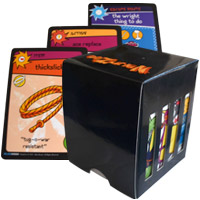 An action packed card game in which you assist a group of martial art animals – the Ninjanimals – escape their caged confines within an obstacle rigged zoo. Provided by Blue Room Games.

The game of strong ale and tall tales. Compete with your fellow heroes to drink, bluff and slay your way into the hearts and minds of the patrons around you. Provided by Table Tyrant Games. 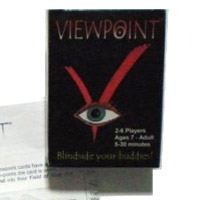 Be the first player to help Eye Guy and his friends, Eye Gal, Speye Guy and Blind Freddie, defeat the villainous Evil Eye Guy by capturing 100 View-points and conquering the View-niverse! Provided by 93 Made Games. 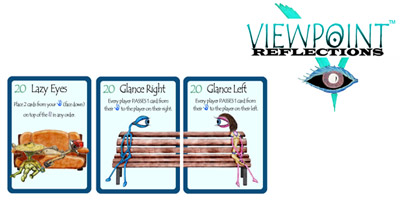 The first expansion to the Viewpoint card game. Play it as a stand-alone game or add it to your original Viewpoint deck for extra shenanigans. Viewpoint Reflections is packed full of more twists, turns and blindsiding with new characters, including the Lazy Eye Guys – Dirk and Pedro – and the Evil Eye Pet. Provided by 93 Made Games.

Bloody Quest is a game of visceral encounters set in a world of danger. Take your hero on thrilling adventures, but beware. You may not come out in one piece. The team at Bloody Quest have contributed a selection of tiles, mats and miniatures for use in roleplay sessions. Provided by Bloody Quest.

Fast pocket sized sports games played with dice. Heads up, face to face, real social gaming. Games are fast, furious and fun, and can be played anywhere, anytime, by anyone! Provided by Pocket Sports. 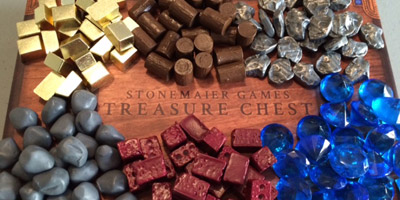 An assortment of premium-grade realistic resource tokens for use in a variety of games. Includes tokens for wood, stone, brick, gems, ore, and gold. Provided by Stonemaier Games. 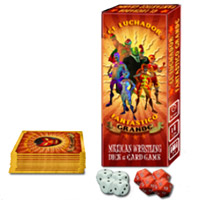 A standalone card and dice tabletop game that challenges players to become Mexican wrestling super-stars. Players compete to see who can outlast and knock out all opponents, or team together in an exciting 2v2 tag-team mode. Are you ready to become the ultimate Luchador Wrestler? Provided by Senyac Games. 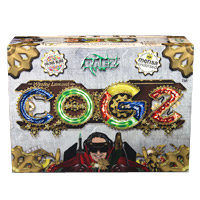 A mad scientist strategy board game set in the steampunk era, where someone has broken the mad professor’s chromatic cogtraption! You are a cognizant cogineer trying to repair the broken cogtraption before the professor returns. The other cogineers all seem to think they have the superior cognition needed to rebuild the chromatic device. It’s time to prove you are the true cogineer genius! Hurry! You recognise there isn’t much time to do this incognito before the professor returns with his cog-nac. Provided by RAEZ. 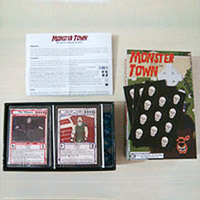 An action/adventure card game which places each player in control of their very own gang of classic horror movie monsters. Gangs need to survive monster bites, fallen angels, parasitic demons, deadly weapons and ferocious gang warfare. Provided by 93 Made Games.

A selection of miniatures donated by members of the SATGS. Including models from Warhammer, Chaos and Hell Dorado lines. 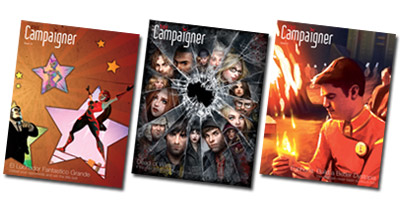 Print copies of The Campaigner.