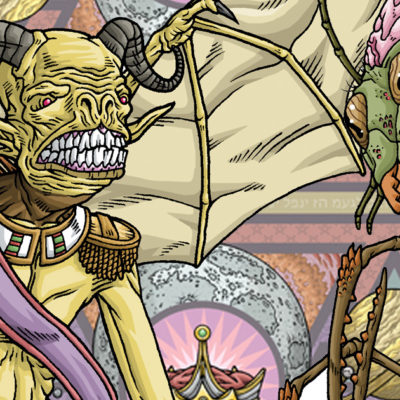 This article originally appeared in Issue 3 of The Campaigner. The issue is still available as a digital download. The Cthulhu mythos is a popular source of inspiration for hobbyists and game developers alike. H.P. Lovecraft’s writing is prolific, and throughout it are spread numerous monsters, gods and horrors. This issue we talk to Mike […] 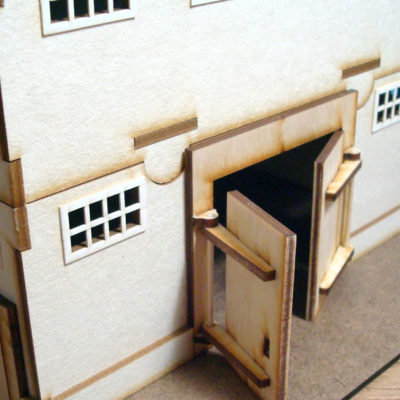 This article originally appeared in Issue 1 of The Campaigner. The issue is still available as digital download. By Steven “Demo” Rohde | Edited by: Lauren Palenski When I was first approached about doing this article I was excited to have the opportunity to talk about my passion. Sharing my knowledge on the subject of laser-cutting […] 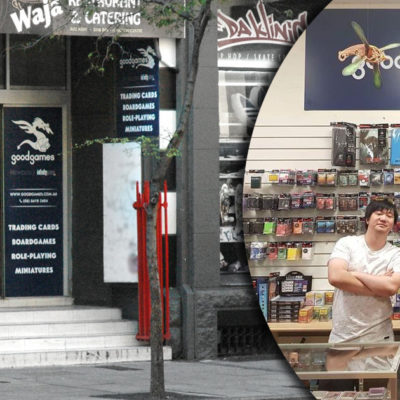 At the beginning of October tabletop game retail chain Good Games announced the purchase of Infinity Games in Adelaide. This is the first Good Games store in South Australia, and now truly makes the retailer an Australia wide company with a store in every state. I caught up with the Brand Manager of Good Games, […] 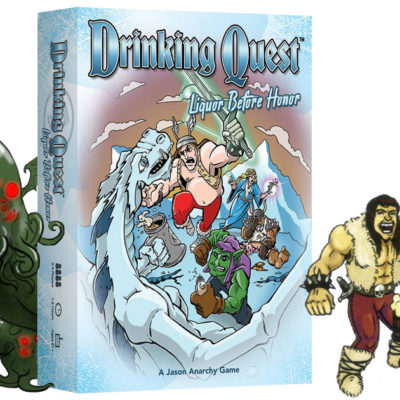 Fantasy settings make up a large portion of tabletop games, particularly roleplay. But there isn’t anything quite like Drinking Quest. Part fantasy roleplay, part drinking game, Drinking Quest has gone from strength to strength since it first landed with players in 2011. More Drinking Quest is on its way with a Kickstarter for the series […] 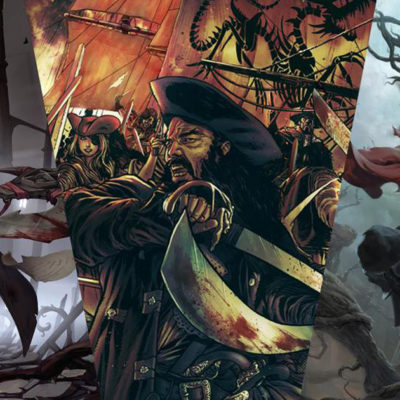 Fragged Empire has quietly been carving out a niche for itself on the fringes of the roleplay scene. The straight forward mechanics and interesting sci-fi setting has made it popular amongst players looking for a unique experience. The original Fragged Empire hit Kickstarter in 2014, with additional books and miniatures being crowdfunded mid-2016. This month […]

Mecha Strike Arena came out about a month ago. In this new video Matthew discusses an aspect of the game which he is particularly impressed with.  Presented by Matthew Lee Additional photos by Bradley Visser In Full Effect by Johnny Cashpoint Satellites by Sherlock Homo As some of you may know, I used to be really […]

At PAXAus 2016 Khairul Hamdan, game designer from Garage Games, was giving attendees a taste of Reign at the TGDA booth. Part combat card game, part political negotiation simulator, Reign gives players the chance to use all their wiles to claim the Kingdom for themselves. I talked with Khairul about the game, his forays into […]

Competitive wargames are not a new thing. Warmachine and Hordes has been offering a relatively successful tournament experience for a few years now. Other games like Warhammer 40,000 have also had a place in the tournament scene, though usually with quite hefty changes to fit the demands of the format. Either way, any tournament system […]

The weekend just passed saw OzComicCon arrive in Adelaide. Two days of comics, movies, tabletop games and much more. Matthew was there both days, and had a small realisation about the convention and the experience it provides. I’m sure you know about ComicCon. Who doesn’t at this point? You don’t have to be a comic, […]

Warhammer has been one of the most prominent tabletop wargames for quite a while now. Anyone who pays even passing attention to it would know that last year Games Workshop introduced their End Times series. It culminated in the destruction of the Warhammer world, with the property getting a rebirth this month as Warhammer: Age […]