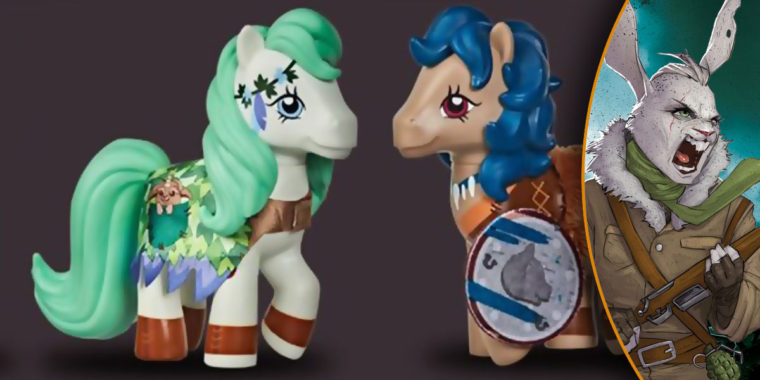 Got a D&D adventure that needs some heroes? Now you can send in the ponies!

WETA Workshop are well known for making some really amazing stuff. So just imagine what would happen if someone from there put their mind to wargames.

Looking to publish a tabletop game, but need a little help? Quillsilver Studios launched, which contains the combined talents of people such as Dann May and Brenna Noonan.

Even with humans gone, war continues. This time between opposing factions of anthropomorphic animals. The combatants are unfamiliar, but the battles are not. And which empire will come out on top?

Animal World War is a tactical battle game for 2 or more players. It has a goal of AUD$20,000 and has so far raised over AUD$7,300 with 18 days to go. The campaign is being run by Half-Monster Games and is their third, following the successfully funded Animal Empire.