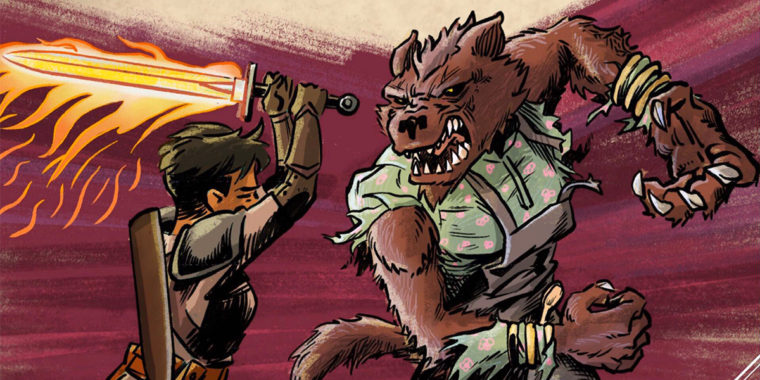 The Blood Hunter is a two-hour adventure for one Dungeon Master and one player designed by Anthony Joyce. You can find it on the Dungeon Masters Guild.

Take on the role of a Blood Hunter, an arcane warrior, who strives to hunt and destroy monstrosities and evil creatures. This is a 1 on 1 adventure that showcases the Blood Hunter class designed by Mathew Mercer. The character fights a werewolf, meets Mordenkainen, and hunts for an infant in a huge swamp. It’s fun, fast, and engaging.

The rise of 1 on 1 adventure has continued to grow and this new addition by Anthony Joyce is fantastic. It highlights the fun that can be had with just a Dungeon Master and one player by creating appealing encounters that cover the three pillars of D&D: social interaction, exploration, and combat. And it highlights them wonderfully. With the help of Gordon McAlpin’s illustrations to bring this adventure to life with fresh and attractive artwork, The Blood Hunter is a must-have for any Dungeon Master.

Firstly, I think it’s important to discuss the design of this adventure. Joyce understands that a pre-made adventure is for someone else to use. With that in mind, this adventure is easy to read, extremely well laid out and has the most important information available where it’s needed. Descriptive bullet points are used to make the transfer of information from the page to the DM to the player particularly easy and streamlined. Along with this comes the artwork and maps. Which are brilliant. There is a range a handouts to help immerse the player and each one has great graphic design and layout. The maps are vibrant and intriguing with Dungeon Master and player versions available. All of this makes for easy delivery, engaging play, and good reading. 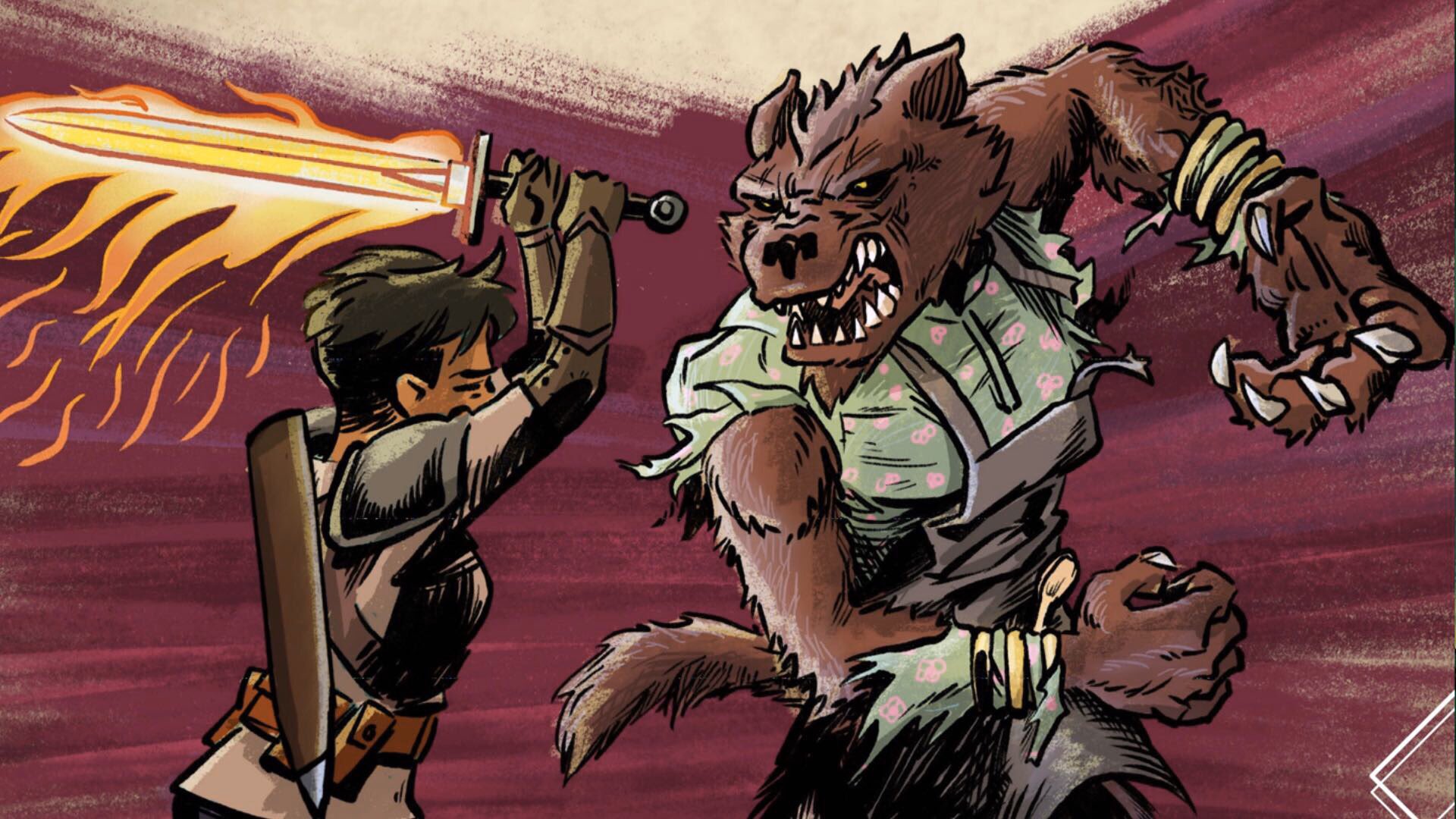 Another great little addition is the music cues. Each section has a suggested musical cue that aims to aid in immersion. Anyone who is familiar with The Witcher games and Netflix series will recognise them. They aid in connecting the themes of the adventure: a monster hunter that works for money and must deal with moral conflicts and ugly monsters.

Structurally, this adventure is very interesting. It starts with the character standing outside a small rustic cottage, the home of their quarry. The intent is to give the player a chance to experience the conflict a Blood Hunter must face with every job. Yes, the werewolf is a monster, but not by choice. They are contaminated and cursed and have no control over the beast that resides within them. However, each Blood Hunter will do as they wish… So, it might just be a way to practice the combat abilities of the Blood Hunter, which are very fun, and you should definitely check them out.

This moral conflict brings to the surface my ideas around 1 on 1 adventures. They’re difficult to run because D&D is based around the idea that a party of adventurers set out to; fight mobs of monsters, explore dungeons using a range of skills and work together to solve problems. Reducing that party size down to one adventurer reduces the scope significantly. It is much easier for a lone player to miss information, fail a save, or be slaughter by a foe. However, Joyce’s design has made for this sometimes-difficult task to be a breeze for any Dungeon Master. By ensuring that most encounters can be completed via multiple methods the solo adventurer is much less likely to die. Joyce has thought about the possibility of character death as well though and has incorporated an optional rule that works like a respawn point. It has been linked to the story so that it helps to keep the immersion of play. We’re on a mission for Mordenkainen after all…

This adventure is well worth checking out for its design, ease of use, and noteworthy gameplay. Even if you usually run for a larger group it’s a great little addition to have on hand as a way to introduce new players to the game of Dungeons & Dragons or to just play around the with the Blood Hunter class. Head over to the Dungeons Masters Guild and take a look. You won’t be disappointed. 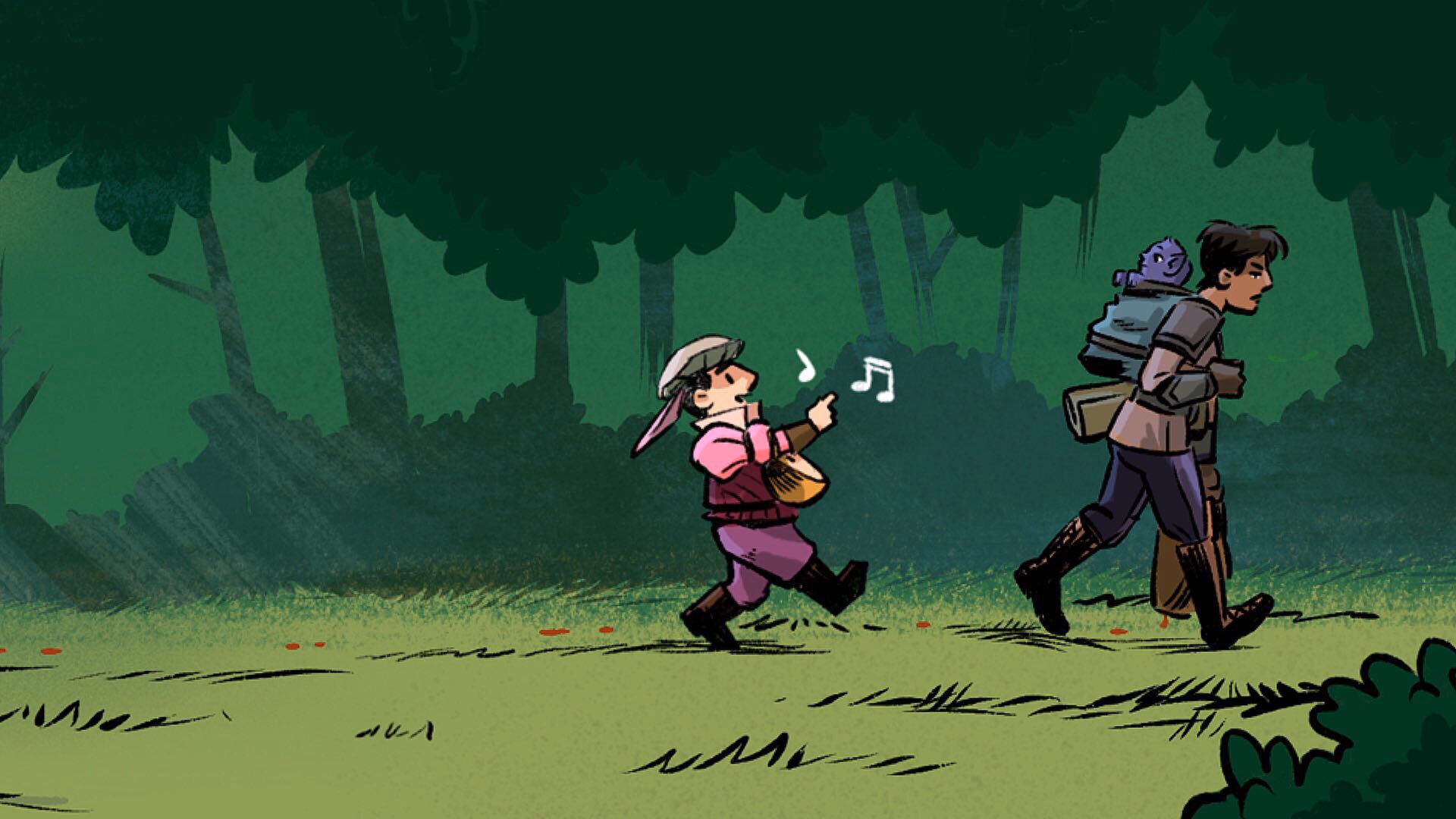 This section contains spoilers and is all about what you can do with this supplement at your table. The following list is all the ideas I had while reading and running this adventure. I like to steal bits and pieces, modify adventures, and shape supplements to fit my needs and I think you should too.