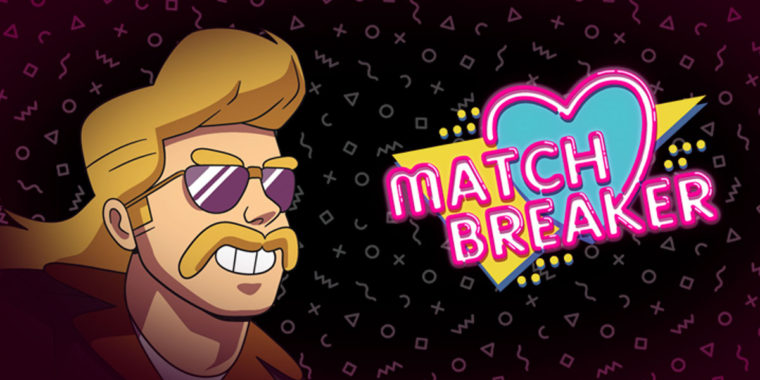 Love can be hard. When it first launched two weeks ago MatchBreaker came out of the blocks strong. It gathered a sizable chunk of its target amount, and yet, within a week the campaign was halted.

Ahead of MatchBreaker’s relaunch on Kickstarter I talked to the games designer and lead, Bill Northcott (BN). He explained why the team decided to step back and reassess, and what benefits this means for this new run at funding.

ML: Why was the initial campaign for MatchBreaker cancelled?

BN: The response to the first campaign was heartening. We received a lot of support from friends, family, and the local scene. Unfortunately the campaign failed to capture much attention elsewhere, and this was due to a few different reasons. Our marketing partner dropped the ball and ran out ads almost a whole day late, our key art was a little undercooked, our funding goal was too high, all small goofs that added up. We certainly ran a decent campaign, pulled some okay numbers, but our sights are set higher for MatchBreaker.

ML: Was it a hard a decision deciding to cancel and try again?

BN: Yes and no. Financially my team and I are all happy taking the risk. But it’s very sobering to repay all the support of friends and family with a cancelled campaign. Though I’m sure those same people will be happy to back us again, it’s hard to recapture the initial excitement. But our campaign was returning some amazing metrics, 30% of people who watched our KS video were turning into backers, and our most popular reward was the most expensive package. When people see our campaign, they seem to love it! So it seems a waste to not take another crack at it. 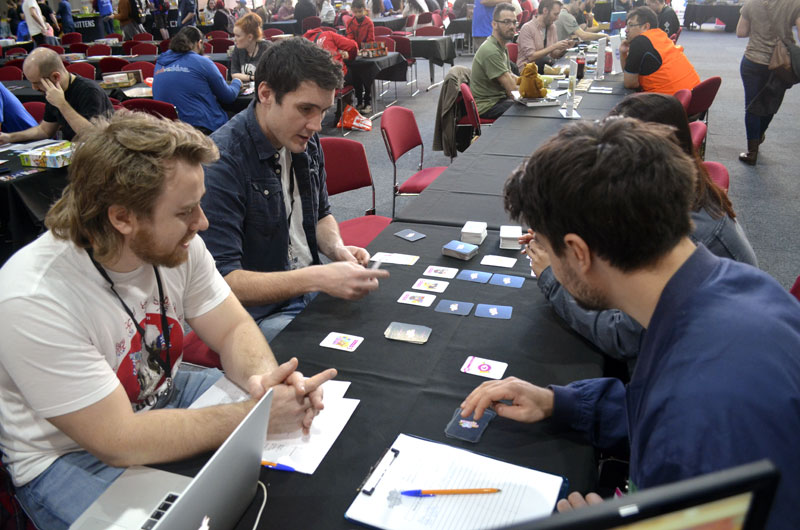 ML: What is different about this campaign? How have you improved it and made it even better?

BN: Our key art is fresh as heck! It’s looking so darn slick. ‘First impression’ issues have been resolved and we’ve taken steps to stay visible on Kickstarter longer and in more areas of the site. We’ve also added new incentives for sharing the campaign, and a whole new reward tier.

ML: For those who weren’t sure about backing last time, why is now a great opportunity to jump onboard and support MatchBreaker?

BN: Did I mention the whole new reward tier? We’re now offering a pack of Contestants in holo foiled glory. We’re also rewarding anyone who shares the campaign on social with one of these foil cards.

ML: What does the game successfully funding mean to you personally?

BN: I’m very excited to hold a finished production copy of MatchBreaker in my hands, to see a whole crate of them would be a real buzz for me. Success of this campaign would validate the choice to spend so long crafting MatchBreaker, and be a great reason to start a whole new game!

MatchBreaker is now live on Kickstarter.