As the saying goes, all is fair in love and war. Tabletop sees an awful lot of war. Maybe it’s time for some love.

Matchbreaker is a competitive card game which sees players vying to find matches between them and the bachelors on the tabletop. They do this by applying traits, in secret, to the bachelors. Each player also has their own set of three traits, which when choosing to date a bachelor and revealing matching attributes, allows the player to claim the bachelor card.

Of course it isn’t that simple. Players can choose to apply negative traits, called a Red Flag, which when revealed diminishes the total points value of the bachelor. Then again, maybe the player instead opts for Drama. Which allows them to affect the game in different ways, like removing Traits from a bachelor.

Players can also swap their own traits around. Or hedge their bets and reveal a bachelors hidden trait. 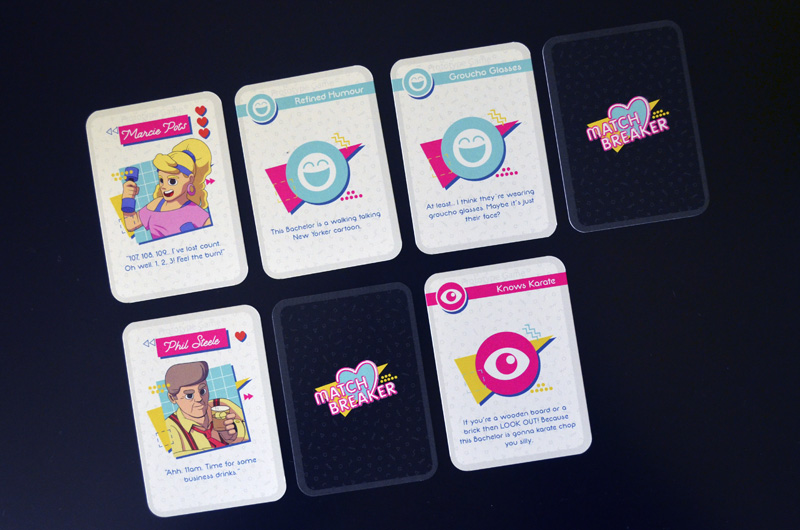 In regards to gameplay it is quite straight forward, with most cards detailing explicitly what they do. So there isn’t a lot of room for confusion, which means Matchbreaker should be fairly quick and easy for all types of players to learn.

The game is being designed and illustrated by Bill Northcott, who already has a number of digital games, illustrations and animations under his belt.

Bill’s experience really shines through in what I have seen so far. It would be quite easy to choose the dating idea, and take it down a completely wrong (and possibly offensive) road. But currently Matchbreaker looks like it does a great job of treating the concept with some respect, thanks to the throwback 80’s dating show feel, combined with an intelligent use of genders and attributes. 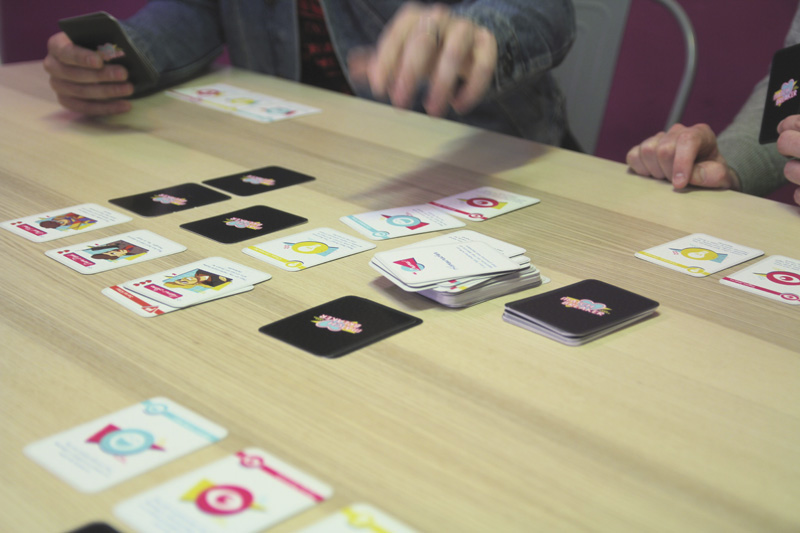 The artwork really elevates the experience, as it unashamedly leans on the trappings of the 80s. Both artwork and graphic design have refreshingly light and open feel to them, making each card easy to understand.

Unlike a lot of other games I preview, I’ve spent an extended period on Matchbreaker. This is because Bill lives in the same state as me, and we frequent the same game design group. Because of this I have got to see Matchbreaker evolve, as Bill has taken on feedback and tweaked what his game is and does.

This, along with his already impressive resume of game-related creations, gives me a lot of hope  that Matchbreaker will be a well considered creation. Even if it is fundamentally a quick filler game. So I believe that players can approach Matchbreaker with a high level of confidence that it will deliver on all fronts. Coupled with easy to learn but fun gameplay, and Matchbreaker looks like it will be winning hearts even as it breaks them.

Matchbreaker is set to hit Kickstarter in early August of this year. Keep an eye on The Campaigner website and social media for more news closer to the Kickstarters launch.