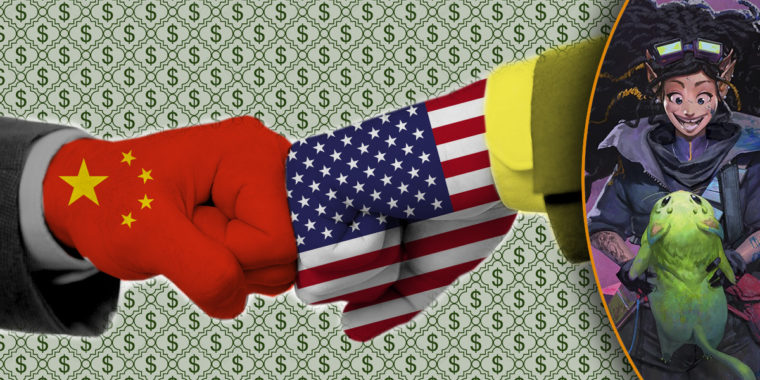 More news from tariff whatever-we-called-it. The US won’t be introducing further tariffs. At least, for now.

Want to get into AVCon for free, and get to play some games while you’re at it? VR Distribution are looking for demo helpers.

Kickstarter released some new, let’s call them guidelines, for how creators should present their projects. Guidelines which may not translate to tabletop very well.

Don’t forget, entries are still open to win a ticket to ConCentric.

Love Fragged Empire, Fragged Aeternum or Fragged Kingdom, but feel trapped in its existing worlds? The you’ll find solace in the this collection of brand new Fragged places.

Fragged RGP Regions are digital or print volumes to supplement Fragged Empire, Fragged Aeternum and Fragged Kingdom. The campaign has an AUD$55,000 goal and has so far raised over AUD$38,800 with 26 days to go. The campaign is being run by Wade Dyer, who has successfully completed four other campaigns.