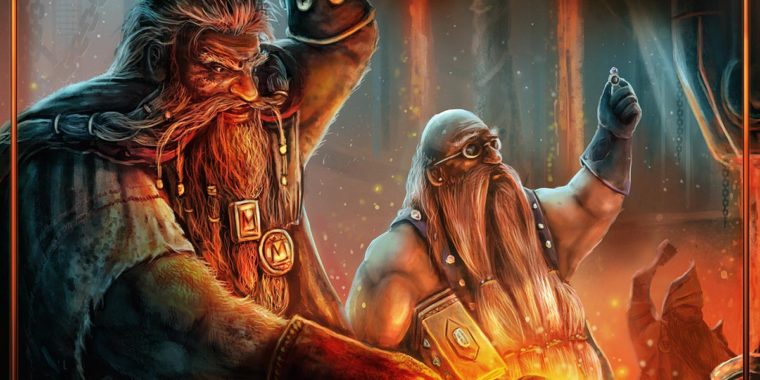 Smiths of Winterforge came out not too long ago. The team from Table Tyrant provided a last update on the Kickstarter page, with a sombre final lesson.

Since earlier in the month Wizards of the Coast have been talking about the coming changes to Magic: The Gathering in regards to distribution to game stores. ATGN provided a handy summation of the whole thing.

Worlds collide, as Luminous Ages characters are picked up to appear in the digital card game Infinity Heroes.

Back on Magic: The Gathering the beta for Arena, the new digital version of the game, became available to play.

Do you smell burning? The Cardboard Republic talks to two of the team at Red Genie Games, Ben Hoban and Alex Wynnter.

Are you hungry? For fish! Players take on the role of penguins, as they attempt to deprive each other of fish. They do this by slapping fish others have caught from their hands. Not real slapping! It’s making people discard cards. The last player to hold any fish wins.

Penguin SLAP! is for 2-4 players. The game and campaign is created and run by Rich Hardy. It has a pledge goal of AUD$1,384 and has raised over AUD$1,200 with 27 days to go. This is Rich Hardy’s first campaign.