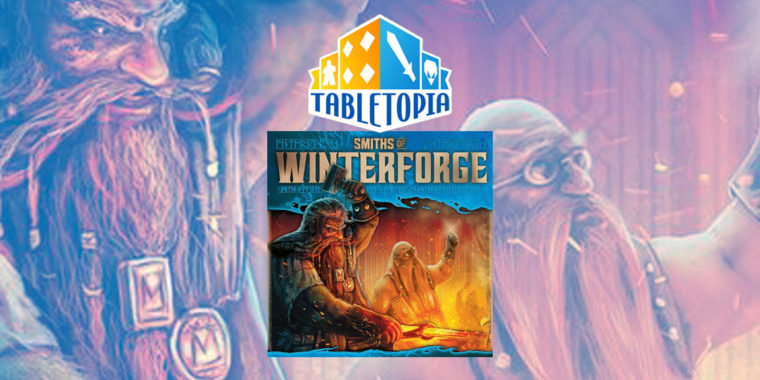 Take your games with you. Popular digital tabletop platform Tabletopia is now available on iOS.

While we are talking Tabletopia, you can now experience upcoming Table Tyrant and Rule & Make game Smiths of Winterforge on the platform.

Who hasn’t thought about opening a game store? Now you can learn how with the new book Friendly Local Game Store by Gary L. Ray.

Games don’t have to be permanent, or over produced. They can be fleeting and jagged, as discovered by Kotaku writer David Rayfield when he visited BarSK.

Take control of a secret government facility in Above Top Secret. Two players face off (or more, in a team game) and whittle away at each other’s forces. Who will command their resources to victory, and who will fall beneath the rubble of their hidden base?

Above Top Secret has a pledge goal of AUD$20,000 with 17 days to go. This is the first game to come from the designer and publisher Mad Inventor Games. The artwork is by James Colmer, who has contributed to games such as Manhattan Project 2: Minutes to Midnight.