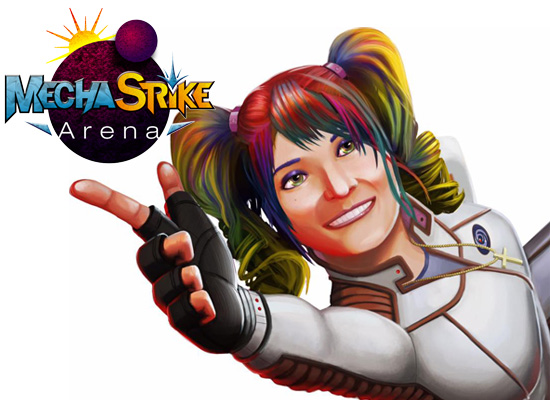 Competitive wargames are not a new thing. Warmachine and Hordes has been offering a relatively successful tournament experience for a few years now. Other games like Warhammer 40,000 have also had a place in the tournament scene, though usually with quite hefty changes to fit the demands of the format. Either way, any tournament system currently available includes a fair amount of house rules and polite etiquette, which can be a barrier for attracting new players.

Australian game designer Terry Masson has decided to tackle the problem head on. Intent on designing a skirmish battle game which is simultaneously fun and tournament-ready, two weeks ago he launched Mecha Strike Arena (MSA). Over a year in development, the game is a unique interpretation on skirmish wargames which provides an exciting twist into the usual tournament setting.

Terry took some time out to talk to me about the game. 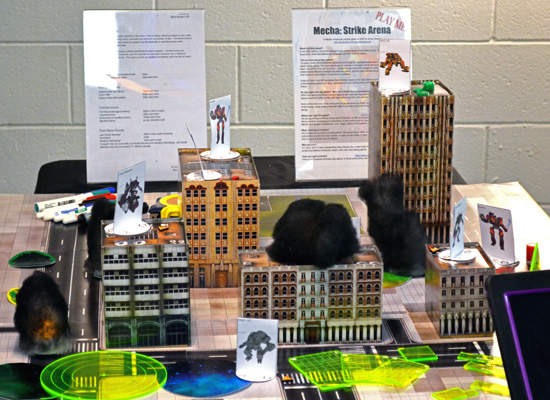 Matthew: Can you explain the basic premise of Mecha Strike Arena?

Terry: Low model count miniatures combat in a sports arena, with each model represented by cards lending itself to a custom load-out. It’s aimed at both casual and competitive miniatures gamers, from those that just want to get behind the narrative of the game and throw some dice, to those that want a balanced and well written rule set (Warmachine, Guildball and the like) they can use for truly competitive play.

Matthew: What about the game makes it unique? What is Mecha Strike Arena offering that other skirmish games may not be?

Terry: Each Mecha, the primary models of the game, is a combination of at least nine cards to customise the experience. Four weapons, a power core, sensors, basic frame, defensive aegis, and a character come together to represent each player in the field. Like a particular character? Focus on them and their strengths. Want a certain play style? Put your Mecha together to bring it to the table.

With an inertia mechanic behind the movement of Mecha, MSA brings a very dynamic and nonstop feeling to the table. With such a low model count it’s easy to include out of activation reactions that are quickly and easily resolved, and players are always “live” in the arena.

Set in a high sci-fi setting, MSA is also very diverse and inclusive in its characters. While at launch only eight characters have hit release, there are literally hundreds waiting for funding to bring their art to the table, from all walks of life, nationality, gender, and social settings, to the characterful aliens of the wider galaxy.

Matthew: Currently, how can people get access to the core rules?

Terry: Our rules are instantly accessible to backers on www.patreon.com/daregamesoz or a demo set of rules can be found on www.daregamesoz.com.au.

Matthew: Is the plan to stay with this approach, or will you provide the rules in a different way in the future?

Terry: Once we have more financial backing we may stick the full rules live on our own website, but the cards will always remain accessible as print & play or colour intense versions through the Patreon. With a seasonal ideal behind the setting of MSA, a similar approach is being taken to the card releases, and we’re planning to continue releasing content on a monthly basis from new cards to new scenarios and art.

Matthew: Can you explain the Patreon a little more? Why did you choose to utilise this platform? How does it complement the game?

Terry: I’ve seen many creators on Patreon who simply want to do something, and see if there’s a community out there that can be built around it. From cosplayers to other games, it feels like a great fit for those of us that are passionate, creative, and want to work on our projects but could use some financial backing.

For me personally, it works really well with the seasonal approach of releasing new content, the interactivity I want to build with the community/players, and the way I want to release new content. 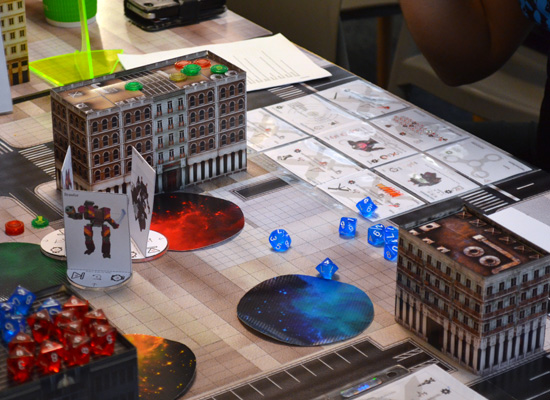 Matthew: What kind of special content or support is offered to people backing the Patreon?

Terry: Currently it is the only way to get access to the full card set – but within a month at most we plan to have physical card decks purchasable via an online store. There’s also a playtester level for players that love testing things, or getting a sneak peek at the next months releases, and I’m hoping we can find those sorts of players out there than can help provide feedback.

Matthew: What are your goals for Mecha Strike Arena and its Patreon?

Terry: First off we need backers, as many as humanly possible, because that’s literally people playing the game. Without people playing, it’s hard to move forward because there’s simply no one to release the new content to – and we have several years’ worth of content plotted out.

Further, I’m great at spinning a tale and coming up with game mechanics, but I can’t draw worth a squirt of wombats milk, so I need to pay others to do that. Our artists so far have been pretty amazing, and I’d like to give them more work and find others to work with. I can’t do that without money to throw at them. Characters and Mecha need art for cards, and then for model production of Mecha those need to be turned into 3d models to be printed, moulded, and produced in resin.

I’d love to be able to just hand everything from my head to everyone who wants to play for free, but money into the game supports the game, it’s as simple as that. The first year of Mecha Strike Arena is all about establishing itself financially, and the bills simply don’t pay themselves. If we can make a profit, well great – but for now, the focus is right on getting people playing the game (which by all reports is amazingly fun, that was why I decided to produce it in the first place!) and getting the game to stand on its own two feet financially.

You can download the rules on the Dare Games Oz website, or support Mecha Strike Arena on Patreon.